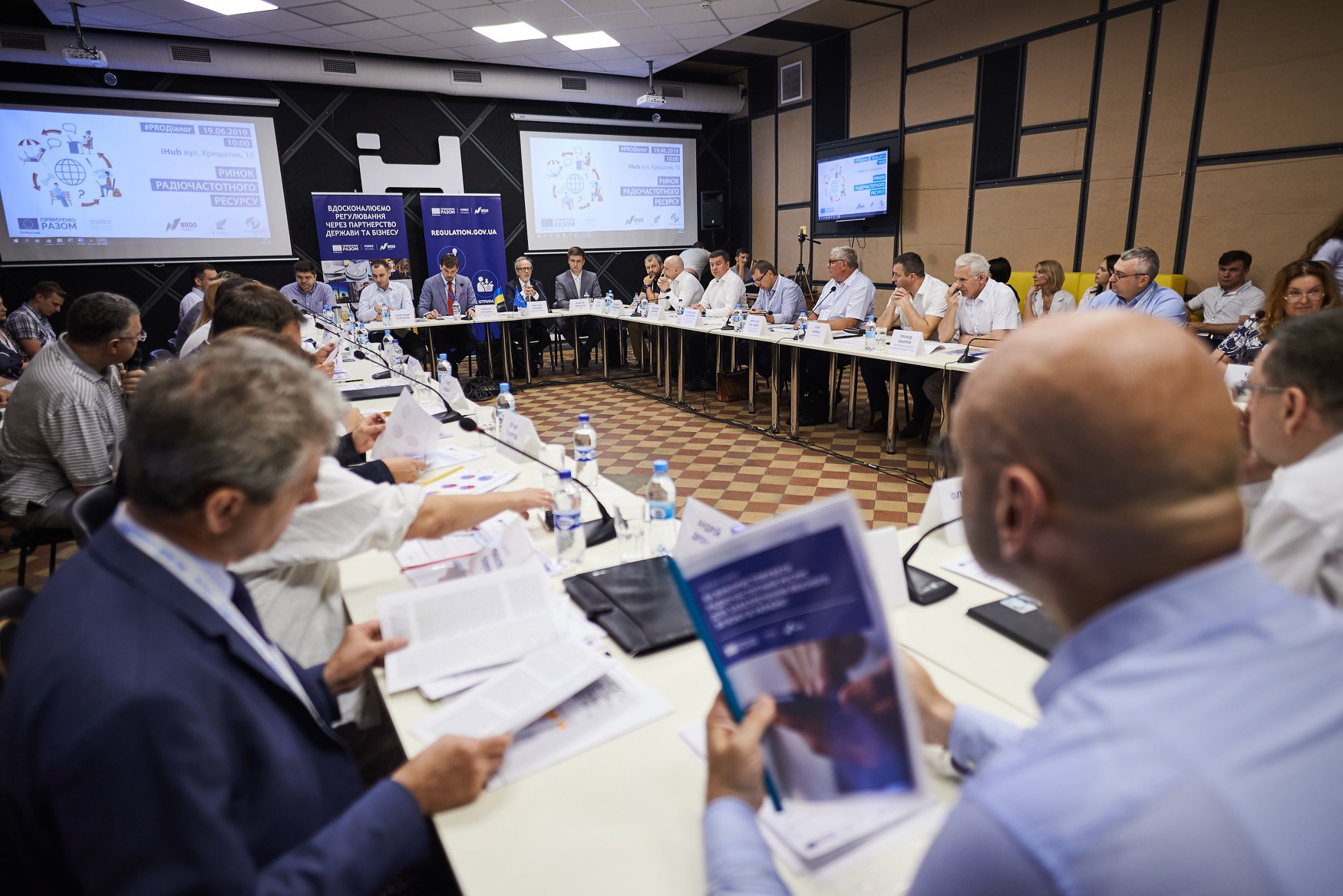 The use of low-frequency ranges (800-900 MHz) would allow Ukraine to increase the availability of 3G and 4G to 95% of the population within a year and a half and would facilitate the further introduction of 5G, according to an analysis of Frequency Spectrum Management conducted by the Better Regulation Delivery Office (BRDO).

The BRDO is funded by the European Union within the framework of the FORBIZ project and the EU4Business Initiative, with the aim of simplifying the process of doing business and providing effective state regulation in key sectors of the economy.

The Radio-Frequency Resource (RFR) plays a key role in providing modern telecommunication services: mobile and satellite communications and fixed Internet access. At the same time, the resource is very limited, and Ukraine’s advanced RFR spectrum is distributed and used inefficiently. This makes it impossible to introduce modern technologies throughout most of the country.

In Europe, the 4G communication is available to more than 90% of the population. In Ukraine, according to unofficial data, this figure is no more than 65%. This means that 16 million subscribers do not have access to 4G at all.

A number of legislative barriers and restrictions for operators makes it economically unjustified to build communication networks in the regions. As a result, there is almost no high-quality mobile communication outside large Ukrainian cities.

The government and business representatives discussed ways of tackling these issues during a round table on ‘Effective Frequency Spectrum Management: Ensuring Quality Telecommunication Connection in Ukraine’ on June 19.

“One of the reasons why Ukraine is lagging behind is the outdated regulatory framework. A new law is required to develop this sector, but a number of problems can be solved by subordinate acts. An important difference allowing European countries to have the countrywide coverage is the use of low-frequency ranges (800-900 MHz) given their technology neutrality. The introduction of such steps in Ukraine will allow to increase the availability of 3G and 4G to 95% of the population within 1.5 years and facilitate the further 5G introduction,”said Oleksandr Kubrakov, IT and Telecom Sector Head at the BRDO.

BRDO experts conducted a systematic analysisof the sector and identified the main problems:

However, in Ukraine, 800-900 MHz range frequencies are unevenly and inefficiently distributed to users. In contrast, Sweden has used the 800 MHz band for mobile communications since 2011 and the Czech Republic since 2014. In these countries, the frequency allocation auctions for 5G use have already been conducted or are planned for 2019. In Ukraine, a tender for licences on RFR using for 3G and 4G was conducted only in 2015 and 2018 respectively.

A comprehensive solution to these problems would require the adoption of a new special law that will regulate electronic communications in general and RFR in particular. At the same time, a number of important aspects can be resolved by means of subordinate acts.

For example, it is possible to increase available frequencies by amending a RFR Usage Plan indicating the possibility of using all the modern technologies used at relevant frequencies in the EU. The Health Ministry can also regulate excessive sanitary and epidemiological safety requirements that are 45-100 times more severe than those recommended by the WHO and widely used in the EU.

According to the EU-Ukraine Association Agreement, Ukraine is obliged to implement European approaches in the sector by the end of 2019. However, the vast majority of requirements are currently not implemented.

The event was attended by Oleksiy Honcharuk, Deputy Head of the Presidential Administration of Ukraine, Matthias Halder, FORBIZ Project Manager in Ukraine, Oleksandr Zhivotovsky, Head of the National Commission for the State Regulation of Communications and Informatisation, Oleksandr Danchenko, Head of the Verkhovna Rada Committee for Informatisation and Communications, representatives of the National Council of Television and Radio Broadcasting, the State Service of Special Communications, mobile operators, Internet providers and other telecom services, experts and the media.

The European Union’s EU4Digital programme supports efforts to achieve a common roaming space among Eastern Partner countries by 2020, to strengthen the independence of National Regulatory Authorities, and to develop coordinated strategies for frequency distribution. This complements the work of the EU in the area of broadband: in cooperation with the World Bank, the EU is supporting the roll-out of broadband strategies in the 6 EaP countries.

BRDO Green Paper ‘How to use the Radio-Frequency Resource for quality communication in Ukraine?’