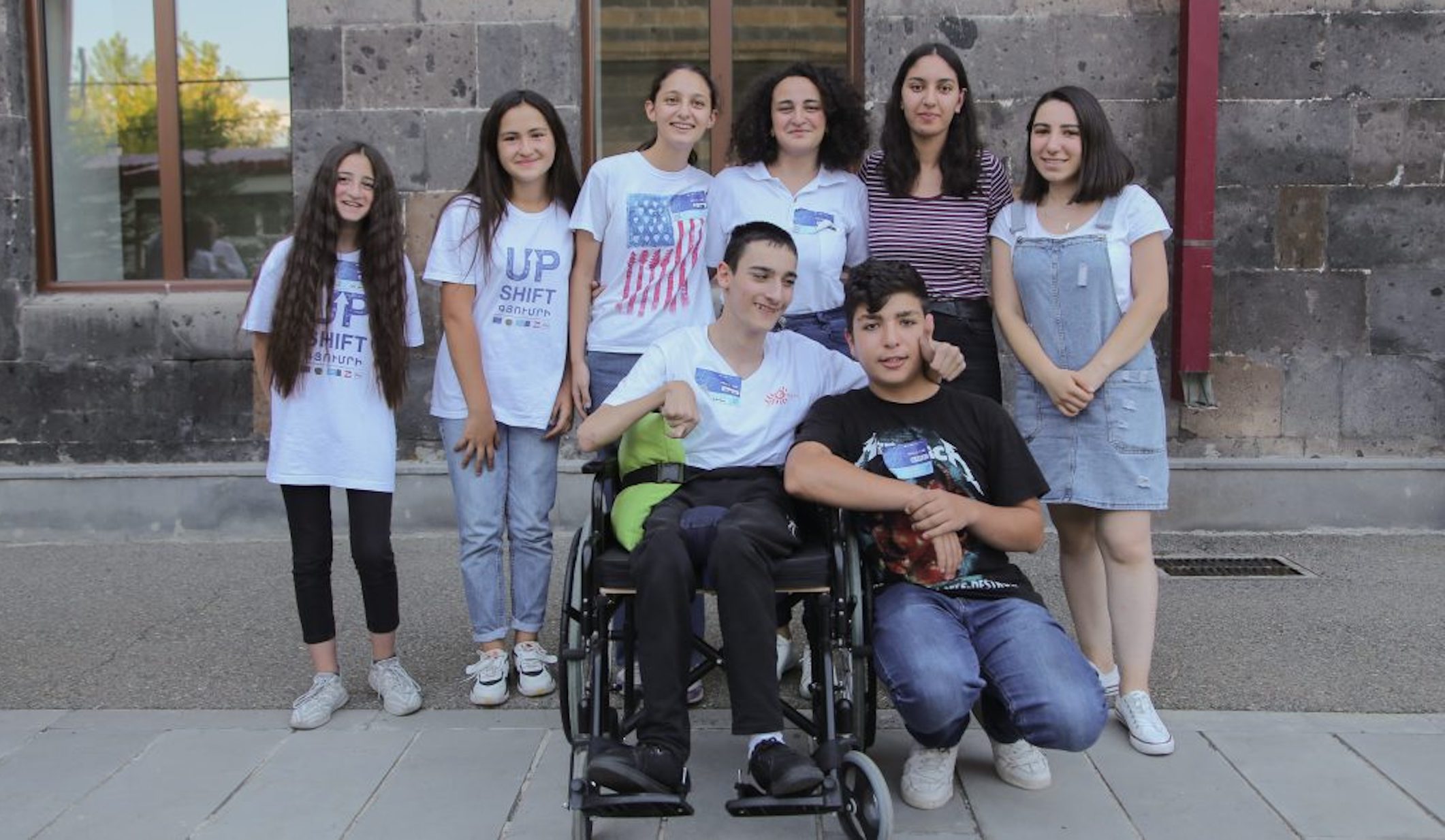 Teenagers and young people with disabilities from the Shirak region in Armenia have taken part in a four-day bootcamp organised by the ‘Upshift Gyumri: Teen Involvement in Technology’ programme, funded by the European Union.

The Upshift Gyumri programme provides inclusive tech courses for teenagers aged 12-18 and young people with disabilities aged 12-24, who live in the Shirak region.

For the next six months, the participants will learn Web Programming and Quality Assurance, Animation, UI/UX design, and a range of non-technological skills – all designed to help them enter the labour market.

At the end of the courses, the participants will be able to get internships in IT companies and carry out community development programmes with the help of the skills they have acquired in practice.

Upshift Gyumri is organised and implemented by the Gyumri Technology Centre, and financed by UNICEF and the European Union. The GTC was established in 2013 by the Enterprise Incubator Foundation together with the Armenian Government and the World Bank. Now, eight years later, the centre features over 25 tech companies that employ more than 200 experts and service 150 international clients.

During the bootcamp, participants worked on ten different innovative tech initiatives in fields such as tourism, theenvironment, distance learning and health care.

In the framework of the BEREC-EaPeReg-EMERG-Regulatel Summit in Dubrovnik on 29 September, representatives of…

eHealth: Focus on innovation for active and healthy ageing

On September 22, the EU4Digital eHealth stream organised a virtual event on eHealth innovation for active…

On 11 October, the EU4Digital Initiative organised an event to support stakeholders of the Eastern partner cou…