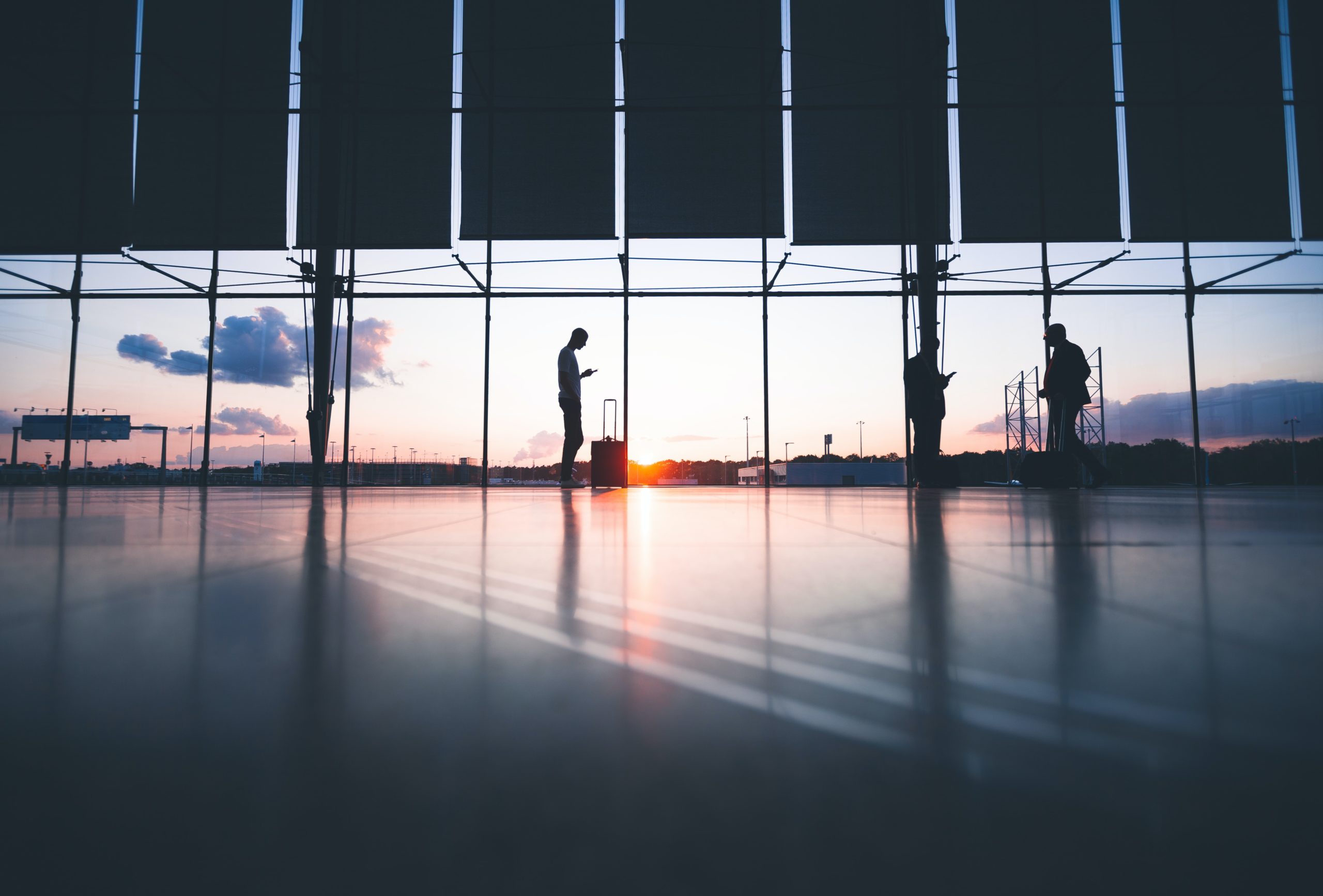 If you have been abroad even once, you are probably familiar with this situation: you are standing in the airport after the flight, feeling lost without the internet, while thinking: where can I buy a SIM card? How can I find a hotel? Where is the exit? Mobile operators advise us to use roaming to cope with this challenge, but this service is expensive and uncomfortable for Georgian travellers.

The cost forces us to look for alternatives, and for this reason we buy a new SIM card and try to adapt to an unfamiliar service.

Travel after the end of the pandemic is high on many people’s priorities. And the good news is that cheaper roaming prices are on their way: with the support of the European Union and its EU4Digital Initiative, there are plans for a Regional Roaming Agreement between six Eastern Partnership (EaP) countries (Georgia, Azerbaijan, Belarus, Moldova, Armenia and Ukraine) that will substantially reduce roaming prices in the region.

For Mariam Khuroshvili, a mentor of the EU-funded Young European Ambassadors network and Junior Expert for the EU-funded Eastern Partnership Civil Society Facility, travel is a part of her everyday work. However, she usually avoids roaming because of the cost. While travelling, she has to pay three times as much to use her cell phone as she does when in Tbilisi.

But there are times when immediate access to the internet is essential, such as in 2015 when Mariam’s suitcase failed to arrive when she landed in Berlin. “This was the first time my planned agenda went off course and I had to change everything quickly. I couldn’t have done it without access to the internet and quick communication,” she recalls.

The past year has seen a surge in digitalisation, and in coming years people will have further demands for simple and accessible connection.

“It has become indispensable. In the past, there were times when I did not turn on roaming when I was out of the country for two days, but now I often turn it on and even use diversified services. Because of the changes taking place in the world, access to communication cannot be a luxury,” Mariam concludes.

Like Mariam, Nika Abashidze, founder of the CARU car assistant platform often has to travel for work, and rarely uses roaming:

“If I need to be in service all the time, the first thing I do when I arrive in a foreign country is to buy a local telephone number, since roaming is too expensive. Nevertheless, buying a new SIM card is not a comfortable process: even if you’re travelling for three days, you have to pay for a monthly package, but even this is cheaper than roaming,” says Nika.

Nika says this often caused problems when he was overseas: “We were in Germany, and my colleague and I bought only one SIM card. We were travelling for business and we needed a map to find our way. But the phone with the German SIM card ran out of battery. We were walking and we got lost. If only we had access to mobile services, we could have done our business more easily and not lost so much time,” he said.

Nino Grdzelishvili, Head of International Relations and Project Management Office of the Georgian Communications Commission says high roaming prices and technological difficulties have made the EU’s support for a regional roaming agreement essential.

Agreement on a common roaming space between the six Eastern Partner countries should be signed in the autumn of 2021 and will gradually come into force from next year.

“This agreement will impose upper limits on the roaming tariffs.  It will cover incoming and outgoing calls, text messages and mobile internet,” Nino Grdzelishvili explains.

She says the Communications Commission first raised the subject of this agreement at a meeting on the harmonisation of digital markets in 2015 and started active work on it as far back as in 2016, under the Eastern Partnership Electronic Communications Regulators Network (EaPeReg), after establishing an Expert Working Group on roaming issues.

“The 21st century is an era of digital technology and particular importance is given to electronic communications. The pandemic has demonstrated the importance of this issue once again – each of us is in permanent communication. Therefore, we believe that after signing this agreement and its gradual implementation, users will benefit both in technical and financial terms,” said Nino Grdzelishvili.

One of the goals of EU4Digital is the harmonisation of work related to roaming and the potential agreement on a common international roaming space between the six Eastern partner countries. Andrejs Dombrovskis, Telecom Rules stream leader and EU4Digital Facility representative, says that under the planned agreement, roaming prices are expected to fall by 87%.

“This will be not only beneficial for users and reduce roaming prices and generate additional revenues for operators, but it will also support harmonisation of conditions for the regulation of roaming in the Eastern partner countries. This agreement will be the first step towards the further harmonisation of the conditions for the regulation of roaming between the six partner countries and to a certain extent with the EU, and possibly, a step towards future integration into the European roaming area,” he said.

According to his evaluation, certain measures will be needed along the way. First, government authorities will have to introduce changes in the legislation, then markets will need to adjust to the agreement, and finally users will be able to enjoy reduced prices.

“According to our observation, there is a significant similarity between the six partner countries regarding readiness to implement the agreement – we see very competitive domestic markets and even though there are already voluntary reductions of prices and packages available, there remains substantial room for harmonisation and reduction of the tariffs. After signing, the agreement anticipates a transition period of one year, during which the countries commit to adapt their regulatory frameworks. We provide relevant governmental agencies with an opportunity to introduce appropriate changes into legislation,” Andrejs Dombrovskis says.

How prepared are Georgian mobile operators for this change?

The EU4Digital expert explains that along with the tariff reduction, use of roaming will go up, citing the experience of the EU, where regulation of roaming tariffs started as far back as in 2007.

“The experience of the EU clearly demonstrated the following: mobile operators maintain that their immediate income will go down; however, in the long-term the significant increase in number of users and usage will compensate this loss,” Dombrovskis says.

Nino Grdzelishvili of the Communications Commission also says the Georgian market is ready, emphasising that since the work on this agreement started in 2016, they do not expect any complications.

“As an EaPeReg member, the Communications Commission had a leading role in this process, but the work on the agreement engaged all relevant companies and agencies, both mobile operators and relevant public authorities, including the Ministry of Economics. Thus, we think that the readiness and awareness of Georgian market in this process is guaranteed,” she says.

It is expected that after the implementation of the agreement, the Georgian market will increase by about €300,000-€400,000. Dombrovskis agrees that initially mobile operators’ income may decrease to a certain degree, but in the long run, as the number of the users increases, the profit will exceed the losses.

Indeed, this has been the experience of the European Union, which introduced a ‘roam like at home’ agreement in 2017. Within just two years, the use of roaming data in the EU was seventeen times higher than in the last year before the agreement, with increased use easily offsetting operators’ costs.

When will we enjoy cheap roaming with the EU member states?

Nino Grdzelishvili calls the EaP roaming agreement “the first step of the big process” and explains that at the same time as working on the agreement for EaP countries, work between EaP countries and the EU itself has also been initiated.

“The agreement that we will sign in the autumn covers only the Eastern partner countries. However, we are starting work to explore the possibilities of making a similar agreement with the EU. I would like to express our deep appreciation to our strategic partner – the European Union. We have high hopes that the involvement of the European Commission at the second stage of work will be important and we will jointly achieve this goal with very tangible results for our citizens,” Nino Grdzelishvili concludes.

Indeed, with the European Union’s own experience showing clear benefits for businesses and citizens alike, it’s no surprise that roaming is high on the agenda of EU support the Eastern Partnership region.

“The Regional Roaming Agreement is built upon more than a decade of roaming regulation experience in the European Union. The EU experience has clearly demonstrated its benefits, delivering better connectivity, increased usage, and lower prices for all,” said Katarina Mathernova, Deputy Director General, DG NEAR, European Commission.

The goal of the EU4Digital Facility in the telecommunications area is to support topics such as work related to international roaming and the potential agreement on a common international roaming space among the six partner countries. It also helps in strengthening the independence of the National Regulatory Authorities for electronic communications, as well as supports making available spectrum resources for better availability and quality of mobile services. The Regional Roaming Agreement (RRA) will ensure harmonisation of regulatory frameworks and substantial reduction of roaming prices among the six Eastern partner countries. This will enable the roaming clients of the communication networks to use a more accessible roaming service in the region. Based on the EU4Digital roaming study (2019), a reduction of more than 80% in the average price is expected.