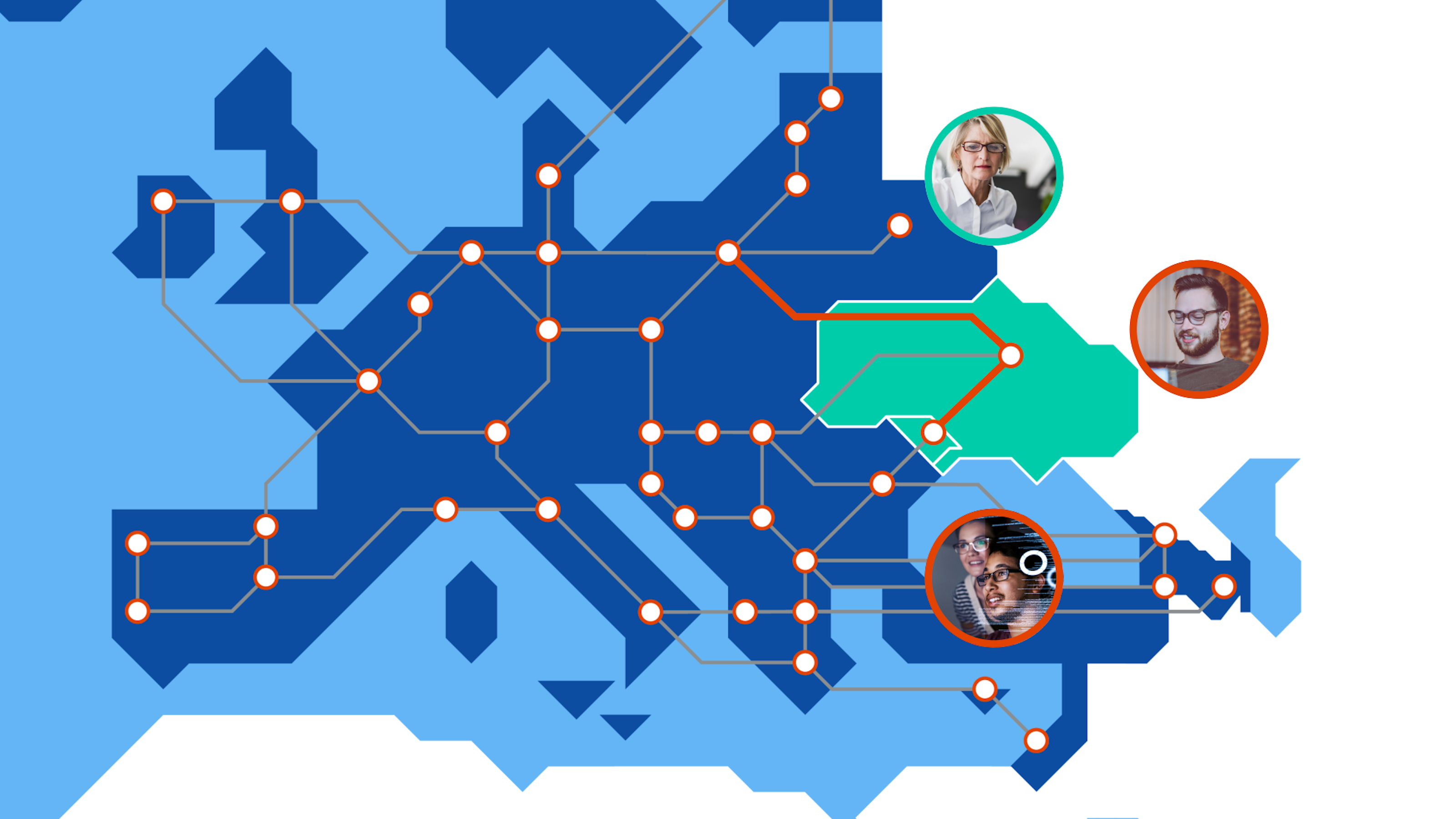 A new ‘spectrum’ high-capacity Internet link that is future-proofed to enable the digital future of Moldovan and Ukrainian research and education (R&E) communities was launched on 28 September 2021.

The event was organised by EaPConnect as part of the EU4Digital third annual Steering Committee week (27 September – 1 October).

About the network and its ‘spectrum’ capability

The new connectivity completes a Bucharest-Chisinau-Kyiv-Poznan half ring and includes the first regional link between two Eastern Partnership (EaP) countries. The new Chisinau-Kyiv and Kyiv-Poznan sections have a 100 Gbps (Gigabits per second) capacity, which means a sixfold increase for Ukraine and an elevenfold increase for Moldova, compared to previously existing links. Because this new infrastructure can be used with cutting-edge ‘spectrum’ technology, which enables even greater data flow by transmitting it as multiple wavelengths of light, the new sections could handle around 400 Gbps or more simply by upgrading the transmission modules.

This ‘spectrum’ digital highway is provided locally through the national research and education networks RENAM (Moldova) and URAN (Ukraine) as partners in EaPConnect, which is funded within the EU4Digital initiative. Procured by partners and GÉANT with reduced costs in price/Gbps/Km/year for RENAM and URAN, the new link leaves more resources for supporting the Moldovan and Ukrainian R&E communities. Secured under a 15-year Indefeasible Rights of Use contract unprecedented in EaPConnect, the pricing and technology will remain stable beyond the lifetime of the project. This not only supports EaPConnect objectives to reduce the digital divide and connect EaP R&E sectors with GÉANT, it also contributes to the goal shared with GÉANT and EU4Digital to sustain long-term digital development and the benefits it brings society.

The new digital highway marks some other significant milestones and first-time achievements for EaPConnect, its partners and their R&E communities, and for the GÉANT backbone network:

The launch and the benefits

Representing the Moldovan REM (Electronic Resources for Moldova) Library Consortium, which brings together 22 libraries including 14 university libraries, Mariana Harjevschi, General Director of the B.P. Hasdeu Municipal Library in Chisinau, showed the importance of the new connectivity in realising this community’s mission.

“Effective use of digital technologies has become an inseparable part of our everyday work. We develop repositories, support university publishing in Open Access directories, develop Electronic Libraries and ensure online access to scientific literature resources for R&E institutions – all these activities supported by the network provide better services for our end-users,” she said.

Representatives from Ukrainian and Moldovan government ministries and from the EC’s DG NEAR – Directorate General of Neighbourhood and Enlargement Negotiations, which funds EaPConnect through the EU4Digital initiative – responded very positively to the launch of the new spectrum network and the value it brings for the digital future for Moldova, Ukraine and other Eastern Partnership countries.

“During the joint implementation of EaPConnect, Eastern Partnership countries have developed strong links between researchers and education communities, ensuring high-quality data sharing, to become competitive and integrated in the global information society. Such cooperation not only supports Ukraine and EaP countries increasing their research and educational capacities, it ensures a big step towards integration in the European Research Area,” said Andrii Vitrenko, First Deputy Minister at the Ministry of Education and Science of Ukraine.