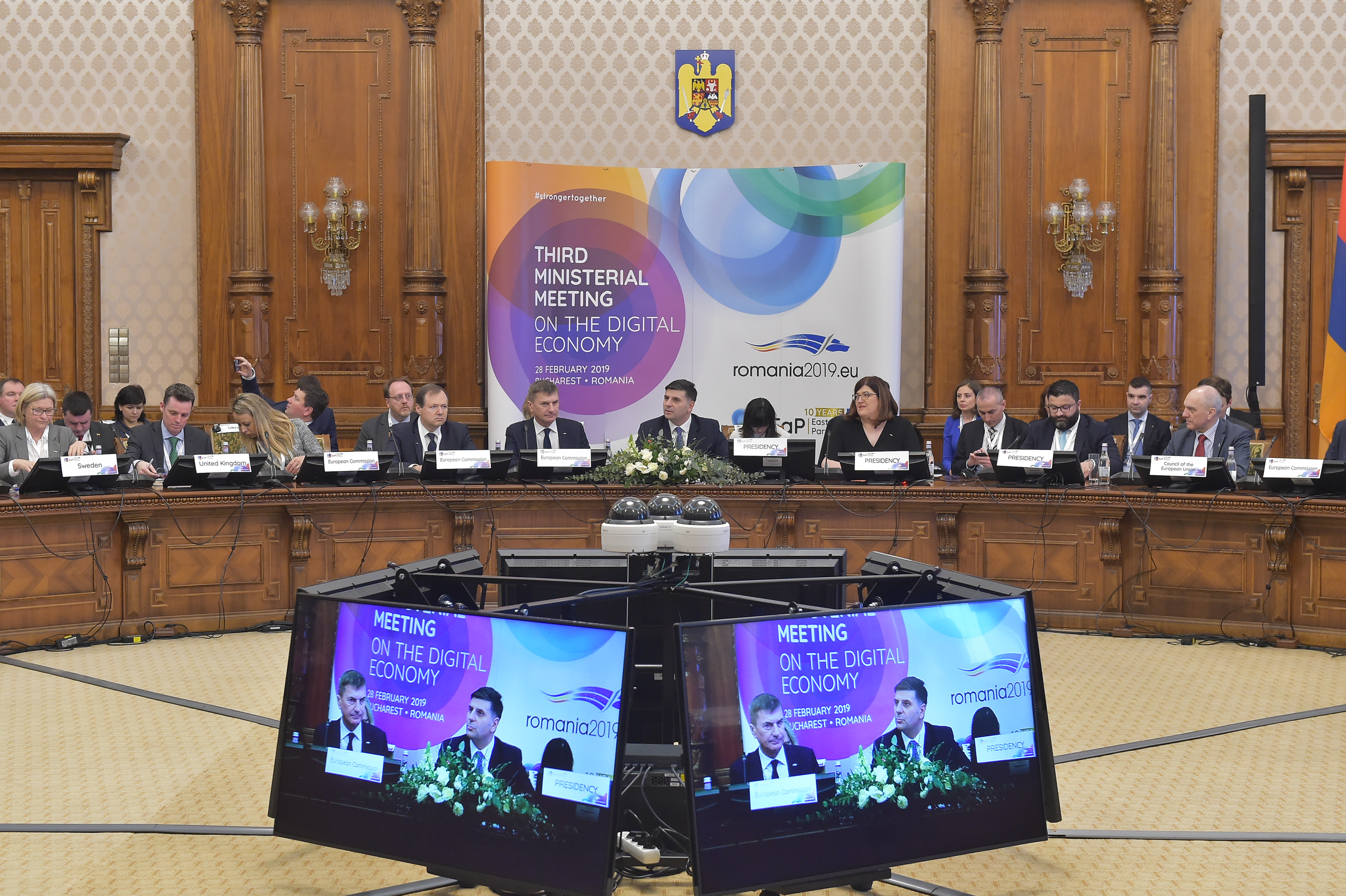 On 28 February, the Romanian Presidency of the Council of the European Union, together with the European Commission, hosted the 3rd Eastern Partnership Ministerial Meeting on the Digital Economy in Bucharest.

The event brought together EU ministers responsible for the digital economy and their counterparts from the six Eastern partner countries – Armenia, Azerbaijan, Belarus, Georgia, the Republic of Moldova and Ukraine – to help deepen cooperation in the digital area across the region.

Andrus Ansip, European Commission Vice-President for the Digital Single Market, said ahead of the event:“The digital economy is an area with still untapped potential, and essential for both the EU and the Eastern Partnership countries for bringing tangible benefit to citizens. Today our Eastern partners have taken an important step towards the reduction of roaming tariffs among their countries. This is one concrete step with real impact, but it’s crucial to work on every aspect of digital – including data flows, security and regulatory alignment.”

The Ministerial Meeting provided an opportunity to address other key challenges in the sector. The recently launched EU4Digital initiative will contribute to strengthening the cooperation between the EU and its six Eastern partner countries in these areas. This will result in improved online services at better prices and with greater choice, and stronger personal data protection. It will also attract investments and boost trade and employment. Existing companies will grow faster and start-ups will be created more easily.

The Ministerial Meeting followed up on the joint commitment by the EU, its Member States and the six partner countries – made at the Eastern Partnership Summit in November 2017 – to deliver tangible benefits for citizens in the region, based on a clear work plan of 20 Deliverables for 2020 in four priority areas (stronger economy, stronger governance, stronger connectivity and stronger society).

In this context ofcooperation on developing the digital economies across the region, the EU is focusing on exploiting the potential that the Digital Agenda Market brings to business stakeholders and citizens. Linking it up with neighbouring countries will be to the benefit of all citizens across the region. The EU supports Eastern Partnership countries on reducing roaming tariffs, addressing the cyber security threat in a coordinated way, and exploiting the potential that the Digital Single Market presents to business and citizens to increase job opportunities in the region.

EU Support to the Digital Economy in the Eastern Partnership