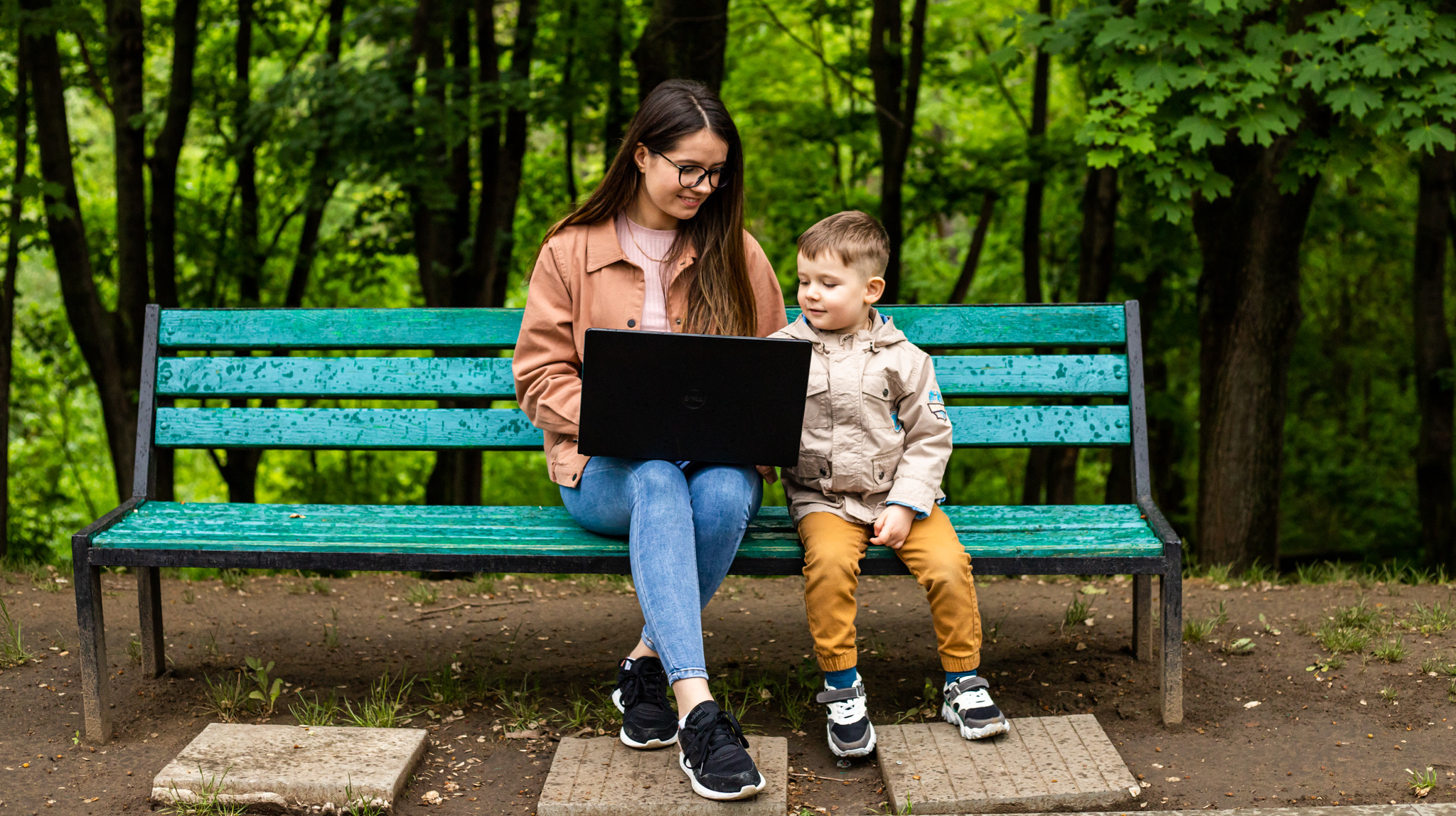 Embracing a career in IT: how support for ICT Innovation is reversing the brain drain in Moldova and setting an example in the region

Information technology has become increasingly present in the Republic of Moldova in recent years, with IT in one form or another penetrating all areas of life. As both public and business have adopted innovations, so external partners have also contributed to the digital transformation in the country, with projects such as the European Union’s EU4Digital initiative.

At the same time, the government has supported ICT tools, co-working spaces, training programmes for digital start-ups, access to investment and marketing, and young people have been encouraged to work in this most high-performing fields, while benefiting from higher than average wages in the economy. Through these actions, migration has slowed down and the economic development of the Republic of Moldova was boosted. This impact is also the result of support from external partners, and openness to implementing projects related to ICT innovation ecosystems and beyond.

An increasing number of women have also been attracted to this field, and a good many of them manage to enjoy a successful career, such as Irina Iurciuc, a young mother from Chisinau who perfectly combines her IT job with motherhood. Twenty-four-year-old Irina graduated from the Faculty of Informatics and Microelectronics of the Technical University of Moldova (TUM) and is one of the many beneficiaries of international support. She became a mother while she was studying, and spent two years looking after her baby, but her responsible and ambitious nature then led her to develop her knowledge gained at the faculty and later to build a career in IT.

She saw an ad on Tekwill’s Facebook page about free training courses for women, and without much thought she applied and soon became a beneficiary of the ‘Empowering women in technology’ project, funded by the government of Sweden and implemented by UN Women. Irina is enthusiastic when she recalls how much she learned from these courses: as soon as she graduated, the job interviews began.  She did not expect to have to choose between two offers, even less that within a few months she would be promoted and lead a team of people for an IT project.

“After finishing the courses, I had my first interview. I’d never applied for a job before. I went to the first company just to see the requirements and how the interviews take place. At that time, I still couldn’t go to work because my child was not in kindergarten. I told the people who interviewed me from the start, but still, two weeks later they called me and offered me a job. I told them I was not available yet, but they said they would wait for me and come back in a while.

“When I managed to enroll my child in kindergarten, I found another offer from another company, applied for an internship, and passed the interview. I chose to go to the second company even though the first offer was still valid.  I took the internship, I passed the three-month probation period and in a short time I became manager of a project within the company. To this day I am in this position.”

Irina urges other young women to muster up the courage and improve their IT skills, as well as the level of English that is needed. According to her, IT has become increasingly accessible for women.

“People are starting to accept women in IT. When I was hired by the company, there were only three women in the IT department, but now there are more. As for the child, it is more complicated when you study, while during the work process it is not a problem. Certainly, IT can ensure a decent living, especially for a single mother, and salaries are better than in other fields.”

Encourage girls to embrace a career in IT

Olga Surugiu is the director of the Orange Systems company, and today she leads a team of several hundred specialists delivering  IT products. She says EU and other international projects have been critical in the successful development of the sector in Moldova, especially the increasing number of women involved in a traditionally male preserve.

“I would say that 30% of employees are women, and this number is growing. What is important is that more and more projects on the market encourage girls to embrace a career in IT, explaining that this field is not as complex as it seems and that girls have absolutely every ability to meet the challenge.

“Many girls are in the field of IT product testing, because they have natural skills there, such as curiosity, attention to detail and the desire to investigate and find problems in the process. Women are very good in this area. There are many opportunities, and more and more women study at the Technical University. This evolution is natural, the IT field is not exclusive. Soon, we will find IT and information technology in everything we do, and in the future, there will be no function that does not imply interaction with IT.”

The same opinion is shared by the executive director of the Moldovan Association of ICT Companies, Marina Bzovii, who said the latest data showed a positive dynamic in terms of employment of women in this sector. For a faster and better development of businesses, the authorities now need to improve the legal conditions and more.

“The figures are gratifying, as in the past there were fewer women in the IT sector. Authorities should continue to develop the ecosystem, encourage the development of specialised and highly qualified human capital through the support and backing of universities, by reorganising the education system. We must be as competitive as possible at regional level. Otherwise, specialists can easily emigrate abroad. Our companies need the people, as well as stable, predictable legal conditions, for a continuous development.”

This is a process supported by the European Union’s EU4Digital initiative. Amongst others, the programme supports the establishment of a common legislative framework on ICT innovation across the Eastern Partnership region, carrying out a gap analysis in priority ICT policy areas selected by the partner countries. The Republic of Moldova has selected the area of ecosystems for start-ups: EU4Digital has worked on highlighting key best practices in the EU, and developing policy recommendations and action plans for their implementation.

Indeed, EU4Digital’s ICT Innovation lead Anna Pobol says the Eastern partner countries will benefit from a series of development projects in the ICT innovation sector. One of the priorities is to promote and support women in this field.

“Our goal is to harmonise the markets of the Eastern Partnership countries in the field of ICT and innovation. We aim to pass on the extensive experience of the European Union in order to stimulate and develop innovations in the Eastern partner countries.

“At the moment, the mandate of EU4Digital on ICT Innovation is to develop an action plan for improving ecosystems in Moldova. Subsequently, our actions will include networking and bringing Eastern partner countries’ organisations closer to those in the EU. The next action will be to develop a training package for people, such as entrepreneurs, including women, who will want to develop their knowledge in the field of innovation. Likewise, another action will aim to increase women’s access to training courses to open a business, have access to funding, the possibility to choose their professional activity.

“Currently, European Commission is considering the possibility to establish a venture fund for innovations for the Eastern Partner countries. After the opening of this fund in our regions, entrepreneurs, including women will have broader access to financial resources to use for the development of business innovations without the need to compete with other EU countries. We strive for women to participate in all our conferences and events, and for us to find solutions to increase the level of education and career.”

According to the EU’s statistical agency Eurostat, the value offered by ICT services on the EU market increased by 18.3% between 2012 and 2017. World Bank figures show that the Eastern partner countries recorded an increase in the sector of almost 5% in 2017, and ICT accounted to 19% of total service exports from Belarus and Ukraine.

In the Republic of Moldova, the ICT sector accounts for about 6.8% of the country’s Gross Domestic Product, with a turnover of over 13 billion lei in 2018. In the last three years, the volume of IT exports has increased by 89%, from a value of $59 million to $148 million, of which 70% are IT services exported to Great Britain, the USA, France, Germany, the Netherlands, and Romania. The 2019 International Data Corporation (IDC) report estimates that the most successful segment in the coming years will be research and development (R&D) and engineering services in the IT field.

There are now about 27,000 working IT specialists in the Republic of Moldova, of which 10,000 in the more than 500 resident companies operating in the Moldova IT Park. Of the total number of employees, almost 30% are women.

The authorities seem to be aware of the importance of the sector. At the beginning of the year, Prime Minister Ion Chicu declared that the successes of the IT sector in the country was one of the rare occasions when the Republic of Moldova could be seen as an international role model. “We have few such cases when the Republic of Moldova is a donor of positive experiences. Last year, for the first time, our country managed to export more IT services than wine products.”

EU4Digital aims to extend the benefits of the European Union’s Digital Single Market to the Eastern Partner states, channelling EU support to develop the potential of the digital economy and society, in order to bring economic growth, generate more jobs, improve people’s lives and help businesses in Georgia and the other Eastern partner countries – Armenia, Azerbaijan, Belarus, the Republic of Moldova and Ukraine. Find out more about EU4Digital at https://eufordigital.eu/

Modern digital platforms for a better pandemic response: the key role of data in tackling COVID-19 in Moldova

Despite the warnings of epidemiologists, the coronavirus pandemic has taken the entire planet by surprise….