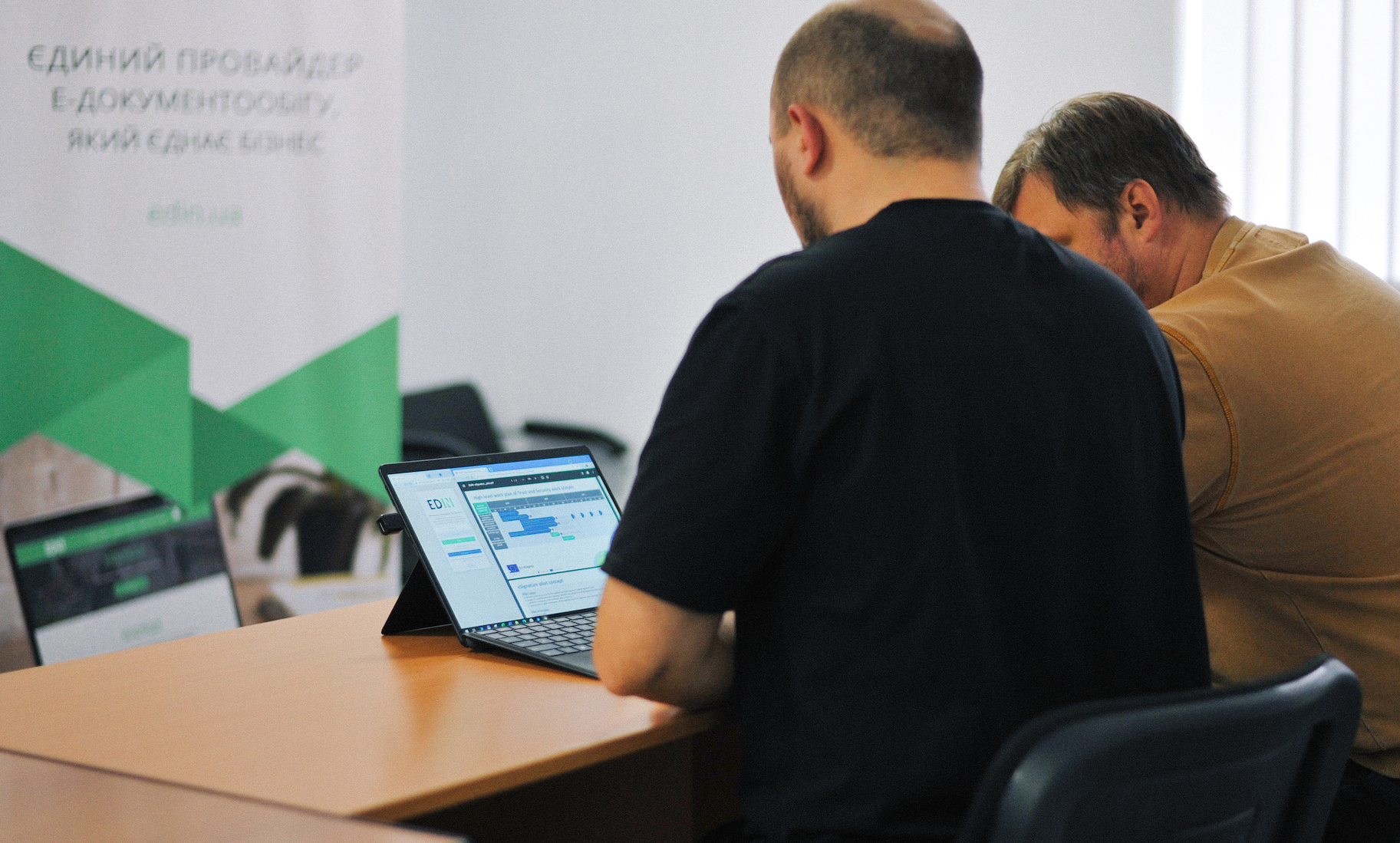 Currently, the EU does not recognise electronic signatures from countries outside the EU/EEA. While a country may have a form of electronic signature in place within its national borders, achieving mutual recognition of cross-border eSignatures regionally, or with the EU, is a step beyond.

Many countries seek to achieve mutual recognition of cross-border eSignatures with EU countries. However, as the Ukrainian Ministry of Digital Transformation explained, so far only two countries have come close to such recognition: Ukraine and Japan.

“The important fact is that this is not based on our assessment. This is the position of the official representatives of the European Commission, who have repeatedly named our countries among the leaders who have a chance to be the first to agree on the interoperability of national electronic signature identification systems with the EU,” said Deputy Minister of Digital Transformation, Lyudmyla Rabchynska.

This cross-border recognition will speed up the document flow and, consequently, the flow of money for goods to Ukrainian exporters.  Additionally, it will open new opportunities for Ukrainian businesses trading with the EU.

Ukraine has been involved in several pilots under the EU4Digital Facility. The first is the eDelivery pilot, which was implemented by the Ministry of Digital Transformation together with the EU4Digital Facility. This pilot focused on eTrade and aimed at implementing an electronic data exchange system, which should facilitate the cooperation of Ukrainian business with foreign, primarily European partners.

The eSignature is a fundamental component of the electronic document exchange between companies from Ukraine and those beyond national borders. In this context, the eSignature pilot aimed to test the interoperability of cross-border eSignature and increase Eastern partner country readiness for cross-border mutual recognition of electronic trust services.

The need for cross-border eSignature solution

“The [cross-border eSignature] will allow us to replace paperwork completely and will significantly speed up business processes,”said Eduard Kishkovsky, Director of Service and Integration at EDIN, one of the biggest electronic data interchange service (EDI) providers in Ukraine.

According to Kishkovsky, without a mutually-recognised cross-border eSignature, the process is much more difficult. After the parties agree on all the details of a contract, the process of closing an international agreement requires sending all documents by mail abroad, having them physically signed by the counterparty and then sending them back by mail. All these steps delay the completion of business operations and transfer of funds. “Usually, these procedures take about two weeks. With eSignature, it will only take a few minutes, which will greatly simplify the business,” he adds.

However, the benefits of eSignature are not limited to the speed of business operations. It opens up opportunities for Ukrainian businesses to participate in tenders that were previously unavailable to them.

Ludmyla Rabchynska mentioned a recent incident where a German court declared a contract between a Swiss contractor and a German railway invalid. “It is hard to believe, but Switzerland does not have a system of recognition of qualified electronic signatures with the EU. That is why this agreement was terminated in court, because the tender documents required that the agreement be sealed with a qualified electronic signature, i.e. a signature of high confidence,” said the Deputy Minister.

This type of signature is recognised in the EU as equivalent to the one signed by hand, on paper. Such signatures could be admissible in court proceedings, and that is why agreements often require a qualified eSignature.

Accordingly, Ukrainian companies at the moment can enter into agreements with Europeans by exchanging documents by mail, or even by electronic signature valid in Ukraine, if the counterparty agrees.

However, from a legal perspective, as soon as a European buyer demands a qualified electronic signature recognised in the EU (which is almost a prerequisite for large transactions or tenders), companies with Ukrainian electronic signatures find themselves unable to provide this. They are left only with a paper option of signing contracts at best, that is, if the rules allow it.

The importance of the eSignature pilot

The first step towards solving this problem is the EU4Digital pilot to test cross-border interoperability of eSignature based on the European Union’s regulated practices, i.e. the eIDAS Regulation. The Ministry of Digital Transformation anticipates to achieve Ukraine’s full adoption of cross-border eSignature in a year or two.

In addition to Ukraine, Moldova also took part in the pilot, together with Estonia, a well-known leader in the field of digitalisation, which participated on behalf of the European Union countries.

So when will the EU-recognised electronic signature service become available for Ukrainian business?

Lyudmyla Rabchynska believes that another year or two is needed. There is a need for legislative settlement of all issues with the EU. First of all, it is necessary to make changes in the legislation, to bring it as close as possible to the EU requirements in the field of electronic identification and electronic trust services. The relevant bill has already been registered in the Verkhovna Rada of Ukraine (Ukraine’s Parliament). The government hopes that both technical and legislative tasks will be solved by the middle of next year.

Martynas Daugirdas from EU4Digital says, “Ukraine is on a good path to harmonisation of the trust services system with the EU, while reaching full mutual recognition of trust services can take several years. The eSignature pilot is a step towards major changes for the digital future, with trusted digital services legally recognised across borders. In order to remain realistic in paving the way, we have introduced a series of cross-border piloting activities to have an early proof of concepts, to learn, share and motivate all those involved.”

It is clear that the cross-border eSignatures would bring much value to businesses operating across borders. And Eduard Kishkovsky from EDIN says businesses are keen to use the eSignature: “We conducted a survey of our platform customers and they are ready to use an electronic signature. And most importantly, businesses are really interested in launching this [eSignature] system as soon as possible”.

“Using E-signatures requires a modern up-to-date infrastructure of qualified trust services providers at the national and international scale,” explains Sergiy Ladnyy, Sector Manager on E-governance and Cyber-security of the EU Delegation to Ukraine. “Further development of a digital identity ecosystem and harmonising it with the EU eIDAS Regulation is needed in Ukraine. At the moment, the EU and Ukraine are implementing a joint working plan for co-operation on electronic trust services with a view to a possible mutual recognition agreement, which must be based on approximation to the EU legislation and standards. The EU supports these activities through the EU4DigitalUkraine project.”

By confirming the compliance of the Ukrainian eSignature services with EU standards, Ukraine will extend the possibilities for Ukrainian exporters to cooperate with business partners in EU countries within a truly harmonised Digital Single Market. In addition to this, rapid mutual recognition of eSignatures with Moldova is possible, theoretically, even before it completes the EU recognition procedure. According to the government officials, Azerbaijan is also interested in mutual recognition of eSignatures with Ukraine.

The main benefit of cross-border eSignature will still be expanding opportunities for trade with the EU. “More and more companies are beginning to realise that they need the possibility of a mutually recognised electronic signature with the EU,” says Lyudmyla Rabchynska.

The cross-border eSignature would facilitate trade with the EU and would extend the benefits of the Digital Single Market to the EU’s Eastern Neighbourhood.

The EU4Digital Facility pilots in digital trust services aim to prove that in a contemporary 21st century society there are processes, tools and technologies that can enable countries to recognise each other’s digital trust services, thus enabling and growing the digital economy opportunities between them. The EU4Digital Facility is looking forward to extending eSignature pilots to other Eastern partner countries.

By developing trust and security in the digital economy, the EU simplifies electronic transactions that businesses and citizens need, makes them more secure, faster and cheaper, and supports resilience of the most important digital infrastructure in sectors such as telecommunication, energy, transport and banking. This results in a stronger, more dynamic economy and increased consumer trust.

Article published in Ukrainian on eurointegration.com.ua