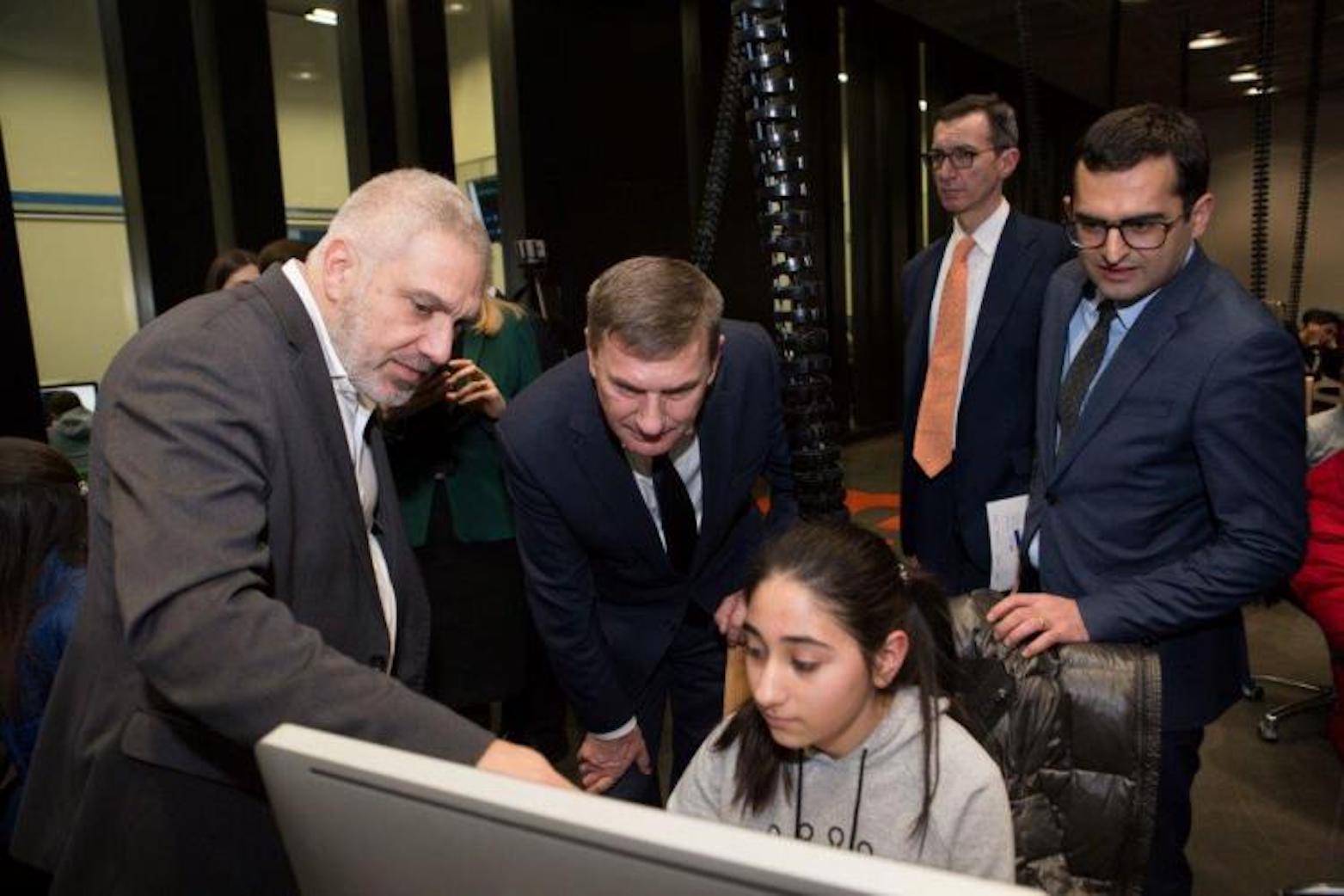 On 7 March the official launch of the EU-funded EU4Digital regional initiative took place in Yerevan in the presence of the Vice-president of the European Commission and Commissioner for the Digital Single Market, Andrus Ansip, the EU Ambassador, Piotr Świtalski, and the Armenian Minister of Transport, Communication and Information Technologies, Hakob Arshakyan.

Participants had the opportunity to learn about EU-Armenia partnerships in e-governance, the scope and objectives of the EU4Digital initiative, and the outcomes of the ongoing EU4Armenia: e-Gov actions project.

EU4Digital covers sixEastern Partnership (EaP) countries. Its main objectives are to promote key areas of the digital economy in the EaP region (telecommunications rules, trust and security, e-trade, ICT innovation, e-health, and e-skills) in line with EU norms and best practices. The initiative will strengthen cooperation between the EU and its six Eastern partner countries. The project focuses on harmonising roaming and promoting high-speed broadband internet. This will result in improved online services at better prices and with greater choice, as well as stronger protection of personal data. It will also attract investment and boost trade and employment. Existing companies will grow faster and creating start-ups will become easier.

‘EU4Armenia: e-Gov Actions’was launched in 2017 to increase the efficiency of public services by establishing a common interoperability platform for enabling a “One Window” portal for all governmentservices.

As a first step, the project targets the implementation of the ‘One Stop Shop’ approach to border crossing. The tools developed bythe project will enable government bodies to maintain high quality and efficiency of public services, including the issuance of permits, licences, certificates, and other regulatory or electronic documents related to international trade. Streamlining and simplification of customs-clearance procedures will enable the reduction of immediate communication between civil servants in government agencies and citizens engaged in foreign trade. Successful implementation of the project will increase transparency, public control, and predictability of e-governance services. The project will also result in time and cost savings by government agencies, economic entities, and citizens.

Commissioner Andrus Ansip hoped that not only Armenia, but the entire region would benefit from the newly launched initiative: “I am happy to be in Yerevan and launch this initiative. I am happy as a citizen. The first computer I used was Nairi – this says something about Armenia. In recent years, digital developments have been rapid in the wider region, and Armenia has made serious progress. I think an important achievement is the allocation of digital identity; Armenia has already done that. Armenia is in a better position with its EU-assisted projects than other EaP countries. It has received much more money compared with bigger EaP countries, such as Ukraine”.

The EU Ambassador welcomed the participants to the event: “We are continuing very intensive contact and dialogue with Armenia by launching EU4Digital. Today we are talking about the digital agenda. During his visit to Armenia, Andrus Ansip, the Vice-president of the European Commission and Commissioner for the Digital Single Market, has been discussing strengthening EU-Armenia cooperation in the digital sphere with Armenian leaders. We are already doing a lot – as you know, the EU is the biggest supporter of e-governance in Armenia. We have so many projects and all of them have been a success. Today is an important day and we hope it will bring tangible results to Armenia, an active member of EaP.”