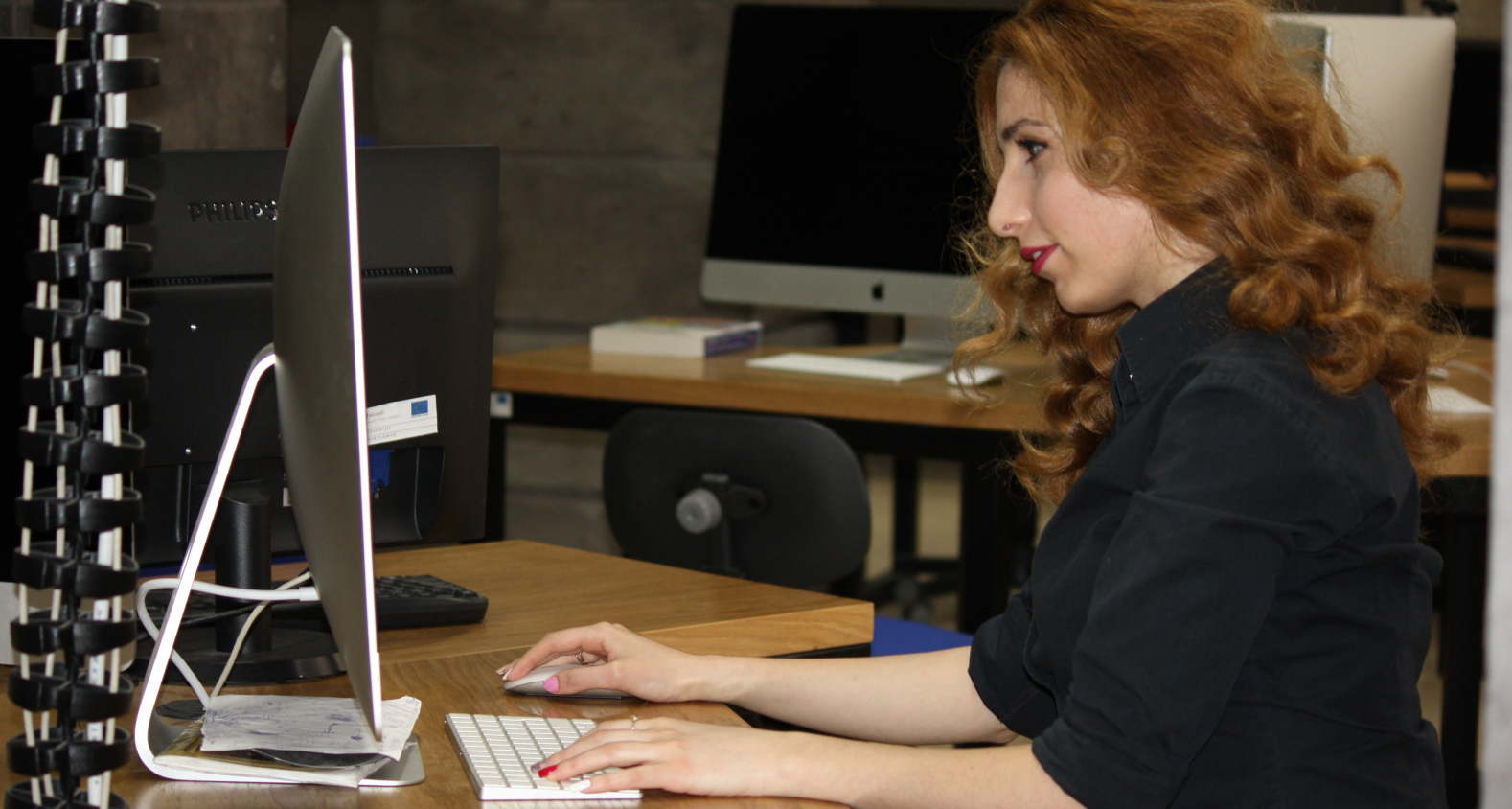 Information technologies (IT) are growing rapidly in Armenia. The country’s government announced IT as one of their priorities and recently decided to establish a Ministry of High Technologies. The Armenian government has also adopted laws according to which newly created IT startups will be granted tax privileges until 2020.

The EU supports Armenia in the development of its IT sector through various projects and grants. One such project is “Boosting Technological Developments in Shirak Marz”, which is being implemented in Shirak, the poorest province of Armenia. In the framework of the project, some 246 unemployed people and students aged 17-35 passed a six-month training programme on various programming languages, followed by a coding “boot camp”. The latter was carried out in connection with local IT companies that mentored the trainees and assisted them with working on real projects. A special incubator lab was also established in Gyumri Technological Center, which accommodated trainees during the boot camp programme.

IT professionals without university degrees

Many students choose IT as their future profession – and many professionals change their professions to IT – as they know it offers a wide range of opportunities, they can work for international companies and they can earn high salaries.

After graduating from high school, 23-year-old Ashot Aleksanyan joined the Armenian armed forces; after completing his service, he returned to Gyumri and was trying to find a job. “I also wanted to study, but I needed an intensive programme which would help me to find a job as soon as possible,” recalls Ashot. He had found an announcement for an EU-supported six-month training programme on social networks and immediately started to prepare. “In the IT sector, a university degree is not that important. Practical knowledge and experience are highly appreciated in this field,” says Ashot.

Immediately after completing the programme, Ashot found a job with an IT company in Gyumri and has already been working there for a year, as an Angular developer. “I realise that in order to reach a high level I need to work on myself, I need to study, and I am indeed ready to face all these challenges,” says Ashot, adding that before participating in the training programme, he had even thought about leaving the country.

Thankfully, he has changed his mind: “This project changed my life and helped me stay in my hometown, with my family. And I can say that I am not the only one to have found his or her profession [thanks to this EU-funded opportunity], a job and started to work here in Gyumri.”

Due to a lack of time, Astghik Sargsyan, 27, hadn’t managed to study IT. She had basic knowledge of programming, however, and wanted to improve her skills. She learned about the training programme on social networks and, as one of the requirements was that she had to be unemployed, she left her workplace and applied.

“There are many other similar courses that claim to teach students programming, but they are not effective as they don’t have an exact study programme,” she says. “Here, I saw the study schedule and felt it could open a new door of opportunities. That’s why I decided to make changes.”

Astghik claims that from the very first lesson she did not regret that leaving her workplace and starting to learn a new profession from scratch. “I have gained the knowledge that I was looking for. I have met new people, which later helped me find a job in a team, and now I am working with international organisations right from my home town,” notes Astghik, adding that while it is possible to learn to programme just from video tutorials, you can never learn how to work in a team or how to brainstorm.

Mkrtich Atchemyan, 30, graduated from university with a degree in economics. However, he found a job in a different field after one of his friends shared information about the training programme and encouraged him to apply. He followed the advice.

“I did a U-turn; it wasn’t easy, but during the classes, I started to love my new profession,” says Mkrtich adding that he is motivated to work much harder and achieve more. “I don’t stop learning new things; the moment I stop learning, I will stop being competitive professional, as in our profession the situation changes every day.”

After graduating, he sent his CVs to different organisations. “When you are a beginner it’s a little bit hard to find a job, everyone looks for experienced professionals,” says Mkrtich. “I even found a job in Yerevan, but I didn’t want to move from Gyumri to Yerevan.”

He says there are plenty of young Armenians like him who prefer to stay in Gyumri. “This programme has become a salvation for us,” he adds. “Yes, salaries are not that high here, but if you take into consideration that [when moving to another place] you have to rent an apartment and pay for it. After that the salaries work out nearly the same.”

Students meet expectations of IT companies

The programme also supports IT companies. Training sessions on various topics have been organised for staff of these companies to help them attract new customers, work more effectively and establish cooperation with international companies. Within this EU-funded project, 11 of the 15 participating companies have received small grants, helping them to expand their activities, buy new equipment and furniture and hire new employees. This has resulted in the creation of 78 jobs.

IT companies and IT specialists were also involved in the teaching process. Karen Gasparyan is one of the trainers who leads the course on Java. After seeing the motivation and work of the students, he came to the idea of creating his own company and hired his students. The EU subgrant helped him bring his idea to life and now the company has 15 employees.

“After the graduation of the first group, I realised that many talented students stay in Gyumri but there are not enough vacancies for them. I was already an experienced specialist who had implemented different projects and I could do more,” says Karen, adding that now they have contracts with both local and international companies. “The motivation of the students made me take the risk and that risk was justified.”

According to him, graduates of Armenian universities have rather generic knowledge, and they need to take extra courses to become competitive specialists. Within this EU-funded training programme on IT, the trainers are free to choose any textbooks or methodology they prefer. “We teach what is current at this very moment,” Karen highlights. “IT is developing very fast and we need to be flexible in order to provide up-to-date education. And I can surely say that thanks to this methodology, all of our good students have found jobs after graduating.”

Some 80% of the students did not have a profession related to IT, and the trainers started from the very basics. “In my opinion, students did not need to have basic knowledge, they needed to have a high level of motivation and diligence. In order to participate in the programme, students also took tests which helped them to be ready for the learning process and not be disappointed.”

According to Karen, the stereotype that a student needs to be good at maths in order to succeed at IT is a myth: “I had a student who was a linguist. She was in the same class as students who were economists and studied applied mathematics. Despite the fact that she did not have the same background as others, [after completion of the programme] she was the first to find a job with very good employment conditions. Yes, it may be a little bit hard, one may need to read more and prepare more than others, but nowadays our market does not require knowledge of maths.”

“Even if there are not so many companies and vacancies in Gyumri, these students can form teams themselves, which can grow into startups and then companies, adds Karen. “Nothing can hinder a student with a good education and high motivation to succeed.”

Information technology has become a game changer in Armenia. More and more people are getting interested in this sphere and changing their lives and professions for the better. The EU has helped young people from Shirak to find their passion and earn a living, without leaving their hometown or their region. By providing assistance to set up this IT training programme in Gyumri, the EU has also helped prepare the ground for the Shirak region to become the IT centre of Armenia in the future.

This story was first published by the EU Neighbours East project.

Article also published in Armenian, Russian and English by Aravot.am

Businesses and customers are moving online to buy and sell goods and services, a trend accelerated and increas…