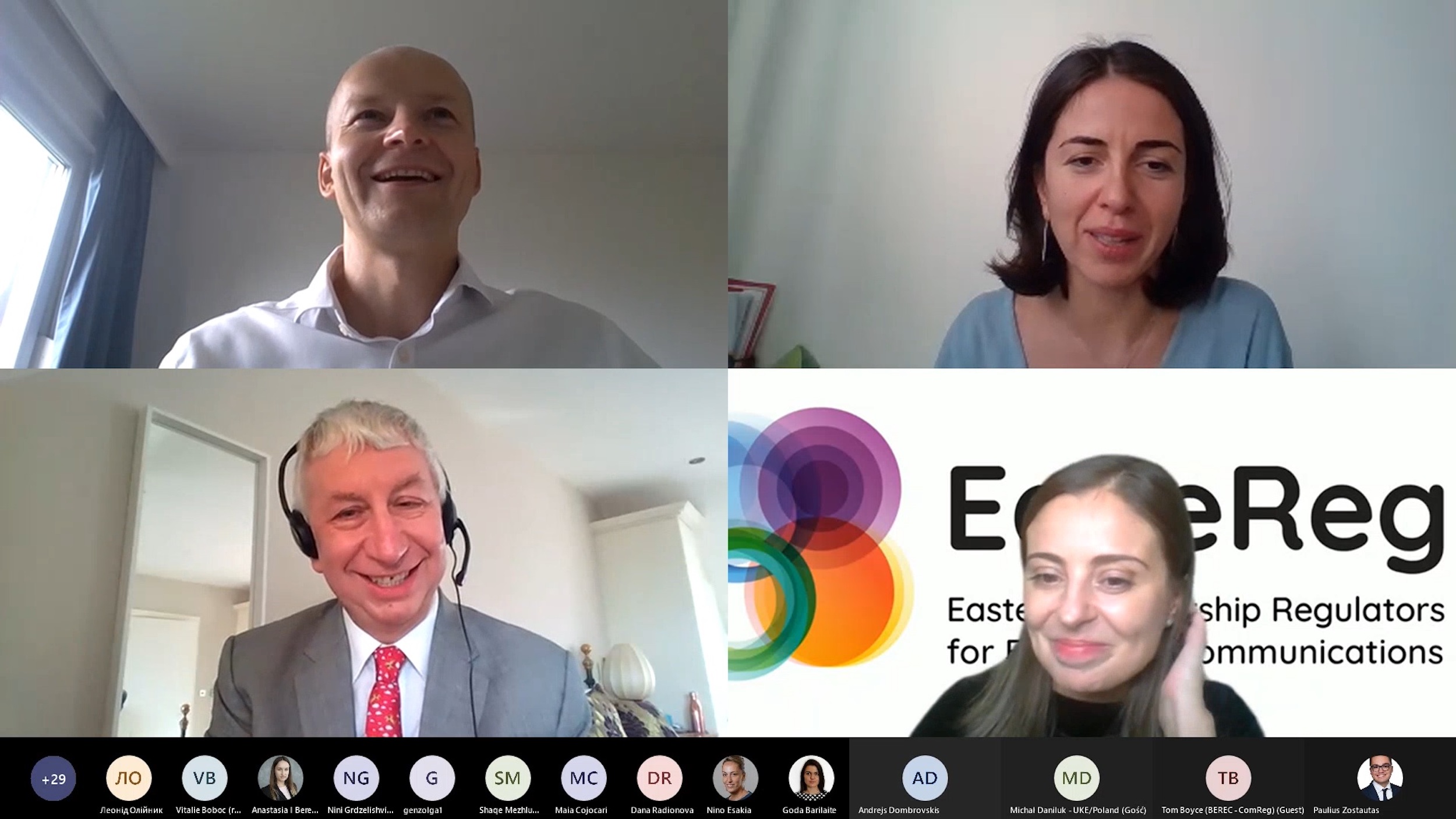 A discussion on the independence of National Regulatory Authorities (NRAs) took place during a virtual meeting organised by the EU4Digital Facility on 7 October 2020, highlighting the initial results of the gap assessment carried out by EU4Digital in each partner country, as well as the way forward to bridge identified gaps and implement recommendations.

The afternoon meeting was one of the side events held in the framework of the Steering Committee Meeting of the EU4Digital initiative, running from 5-9 October.

Over 50 participants joined the discussion, including members of the Independent Regulators and Broadband Expert Working Group (IRB EWG), representatives of the Body of European Regulators for Electronic Communications (BEREC), officials from the European Commission (DG CONNECT, DG NEAR), Harmonised Digital Market (HDM) Coordinators, EU Delegations and other interested stakeholders from the Eastern partner (EaP) countries.

During the event, the EU4Digital Telecom Rules stream leader Andrejs Dombrovskis presented the methodology for NRA independence assessment, including the criteria based on which each Eastern partner country was evaluated. The assessment criteria include governance, as well as powers and obligations. In addition to this, the initial results of the regulatory independence and powers gap assessment exercise in each partner country were presented, as well as a way forward, aiming to bridge the gaps identified and implement country-specific recommendations.

“Both the methodology and gap assessment report are instruments for the EaP countries that can actually be used as guidelines for the assessment of the independence of NRAs, and implementation of the reforms that are needed to strengthen NRAs’ independence in the EaP region,” said Inga Popovici, Chair of the IRB EWG of the EaPeReg (Eastern Partnership Electronic Communications Regulators Network).

This was followed by feedback from Jeremy Godfrey, Vice-Chair of the BEREC, who said: “One of the things why regulatory independence is so important is that it underpins investment in the sector. Regulators have really quite extensive powers and the decisions they make affect the economic interests of the market participants in quite substantial ways.”

He also expressed BEREC’s willingness to provide support: “It is a really impressive and important piece of work done, and BEREC will certainly continue to support moving forward.”

The independence of NRAs is one of the three main topics under the Telecom Rules thematic area of the EU4Digital Facility. EU4Digital aims at strengthening the organisational and financial independence of NRAs for electronic communications. At the current stage of activities, NRA independence and powers gap assessment reports for each country are being finalised, and country-specific action plans, based on the results of the reports, are planned to be prepared by the end of 2020.