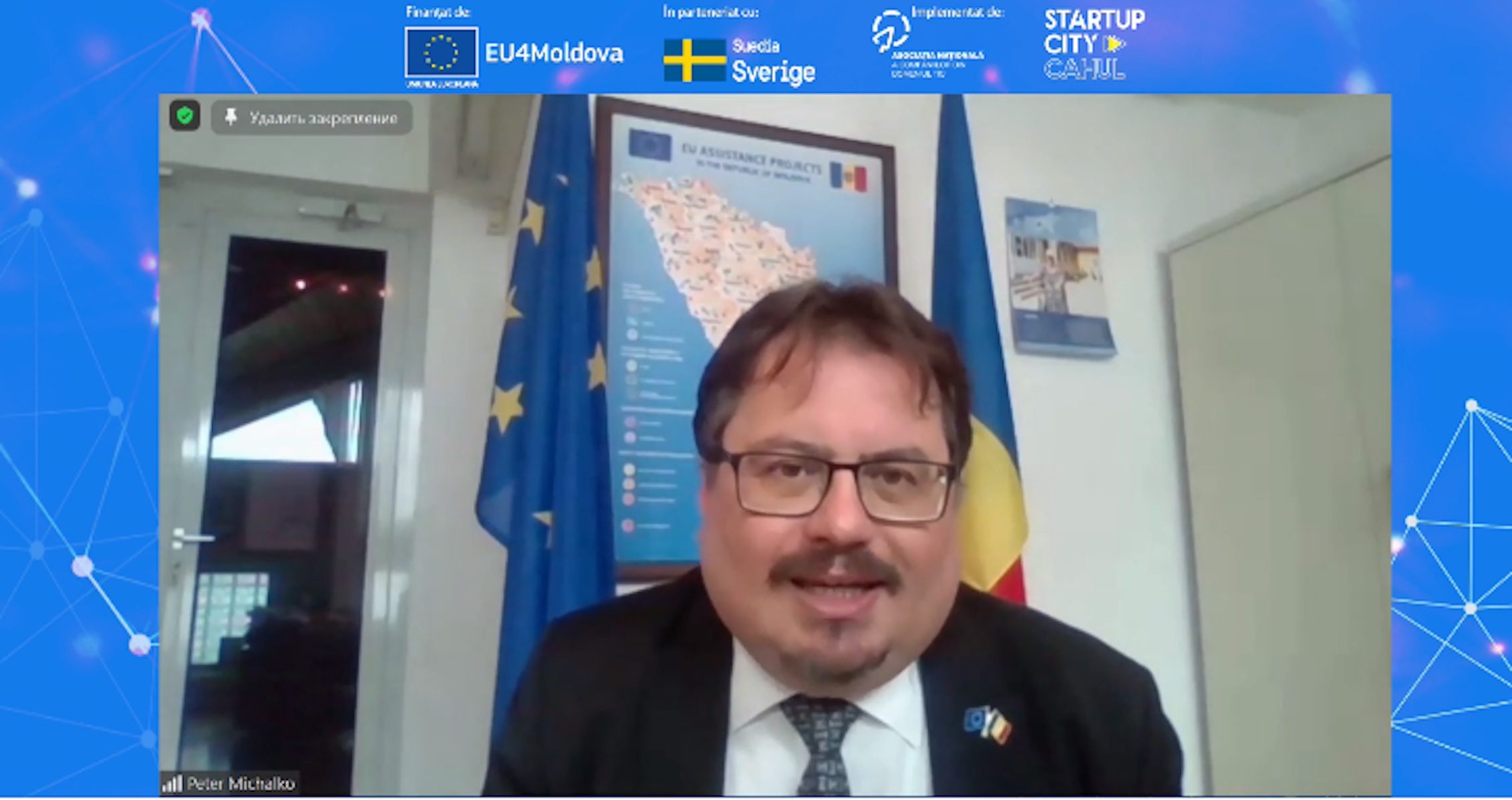 The ‘EU4Moldova: Startup City Cahul’ project launch event took place online on March 24. This €6.8 million project is funded by the European Union and implemented by the National Association of ICT Companies (ATIC). The aim of the project is to strengthen the potential of the digital economy, increase local employment in the field of ICT, develop business based on innovation, but also increase the competitiveness and attractiveness of the Cahul region, in southern Moldova.

“The European Union supports the development of the ICT sector and the digital reform agenda of the Republic of Moldova,” Peter Michalko, Ambassador of the European Union to Moldova told the event. “This new project, which will be implemented in partnership with Sweden in the spirit of Team Europe, will certainly contribute to bridging the digital divide between the capital and the south of the country and will ensure a more equitable economic development among the regions of the Republic of Moldova in general.”

In the coming years, the project will encourage innovation partnerships between the private sector, the public sector and educational institutions.

Mihail Lupașcu, Secretary of State at the Ministry of Economy and Infrastructure (MEI) added: “The permanent evolution of IT entails new requirements in terms of knowledge and skills of young specialists. MEI provides its support in facilitating the business environment for IT companies by supporting and further developing initiatives such as Moldova IT Parc, IT Visa, tax facilities for general IT employees and the creation of a fund to support digital innovations and technological start-ups. I am convinced that the centre will become a successful model of competitiveness in the southern region.”

EU4Moldova: Startup City Cahul will also support STEM education, by adapting and implementing educational programmes, so that the IT field becomes more attractive to everyone, regardless of age or gender.

Supporting the development of entrepreneurship is also among the project’s priorities. Thus, several actions will be taken to facilitate the creation of local start-ups, strengthen their development capacity, and prepare them for investment. Over the next 4 years, it is expected to provide assistance and support for at least 20 local start-ups, and over 2,600 people will benefit from entrepreneurship education programmes.