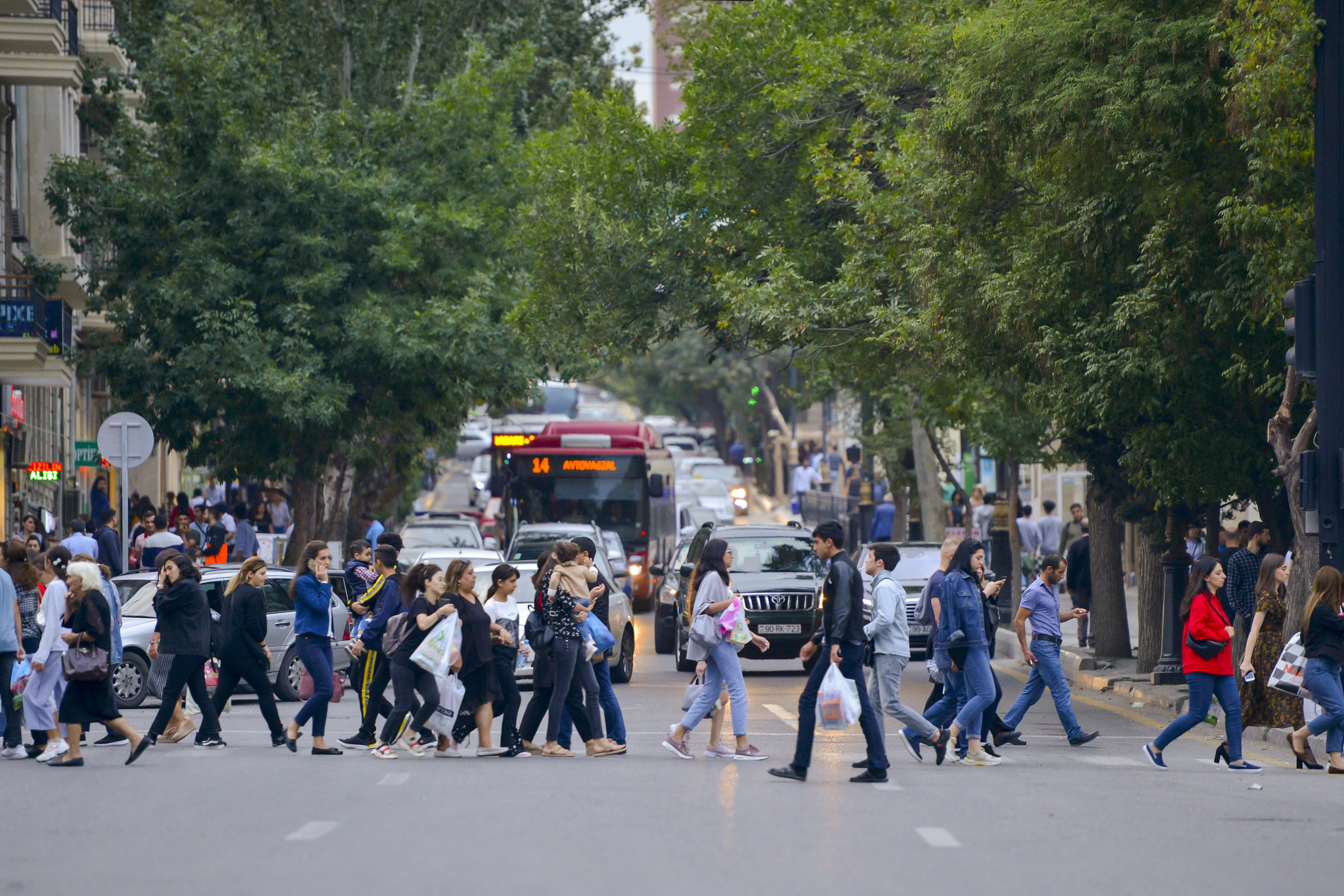 New prospects for Azerbaijan: how a regional roaming agreement will be a game changer for families and business

The number of opportunities provided by digital technologies is growing day by day, a trend dramatically accelerated by the Coronavirus pandemic, which has forced much of our lives online.

Increasingly, we need affordable connectivity from anywhere in the world. This is achieved through mobile roaming. But while Europeans can ‘roam like at home’, paying the same prices whether travelling to Helsinki or Madrid, Azerbaijanis face increased costs when travelling abroad, even in neighbouring countries.

Work is currently underway to create a common roaming space among the six Eastern partner countries (Azerbaijan, Belarus, Georgia, Moldova, Ukraine, and Armenia) with the support of the EU4Digital Initiative, in a development described as “a unique opportunity” for Azerbaijan by Deputy Minister of Transport, Communications and High Technologies, Elmir Velizadeh. Based on this Regional Roaming Agreement, roaming prices are expected to drop by 87% by 2026.

In the future, favourable roaming services might also be extended between the Europe Union and the Eastern Partnership (EaP). A commitment to explore the possibility of a common international roaming space, including the economically sustainable reduction of roaming tariffs between the Eastern partner countries and the EU Member States, was confirmed in February 2019.

Katarina Mathernova, Deputy Director-General for Neighbourhood Policy and Enlargement Negotiations (DG NEAR) at the European Commission, says the EaP Regional Roaming Agreement has been built on more than a decade of roaming regulation experience in the European Union: “The EU experience has clearly demonstrated its benefits, delivering better connectivity, increased usage, and lower prices for all.”

The EU’s ‘Roam like at home’ (RLAH) agreement came into force in 2017. Just two years later, in the summer of 2019, the number of roaming users in the EU was 17 times higher than in the last summer before the agreement was signed.

“Roam like at home is a great success,” according to Elisabeth Felber and Ioanna Choudalaki, Co-Chairs of the European Regulators for Electronic Communications (BEREC) Roaming Working Group. “BEREC’s regular data collection operations showed a significant increase in roaming due to the elimination of communication barriers. Roaming regulation has further strengthened the common European market. This is beneficial not only for customers, but also for each EU member state, as well as for the society and economy of the EU as a whole.”

Indeed, the overall positive impact of the EaP roaming agreement is estimated at €4.6 million. The agreement is expected to be signed in the autumn of 2021, and to take effect in 2022, leading to the largest reduction in roaming costs by 2026.

“Over the next few years, this Agreement provides for a gradual reduction of roaming tariffs to a level where users will not feel the impact of using their mobile phones in the Eastern Partnership countries that have signed it. The reduction in roaming costs will vary from country to country. Under the planned agreement, roaming tariffs are expected to fall by 87% for customers in the six partner countries, including Azerbaijan.”

“According to plan, the impact of the agreement will be felt from January 1, 2022, and the following steps will be taken in the coming years. The internal prices for services will be added to the price of the regulatory operator and the final price for the customer will be set. This is a significant approach against the background of relatively low prices for mobile services in Azerbaijan. The Regional Roaming Agreement covers both the interaction between users and between operators, which is a key to its implementation and ensuring all the benefits for the citizens of the Eastern partner countries.”

Azerbaijani Deputy Minister of Transport, Communications and High Technologies, Elmir Velizadeh, said the ministry had for years been working closely with telecommunications regulators of both the Eastern partner countries and the European Union within the Eastern Partnership.

“The aim is to keep abreast of the dynamics of telecommunication development at both the international and regional levels, and to make telecommunication services available to the public, businesses and government authorities everywhere,” he said.

“This is the purpose of the Regional Roaming Agreement. In the future, our citizens will be able to take advantage of affordable roaming rates when travelling to Georgia, Ukraine, Belarus and Moldova. Our citizens will benefit from lower prices for voice calls, SMS and mobile data services in international roaming between mobile operators operating in Azerbaijan and mobile operators in these countries.”

Elmir Velizadeh believes the agreement opens up new prospects for Azerbaijan: “Looking into the future, we see the rapid development of telecommunications every day. The range of services is growing and changing. It makes it easier for us to work, communicate and live. I’m sure that users will be able to use them in roaming. The ongoing development makes it possible.”

The deputy minister stressed the importance of the expected drop in roaming tariffs by 87% in the coming five years, saying people nowadays could not imagine their lives without communication, especially without the Internet:

“The 87% reduction in international mobile roaming costs among Eastern Partnership countries means we will be closer to tariffs for the same services in Europe. This makes it possible to apply affordable tariffs for international roaming with EU countries in the near future. This will be beneficial for both mobile operators and our citizens.”

“No matter where we are, we want to stay in touch with our loved ones and friends. It also boosts businesses activities. In short, it will be a unique opportunity.”

Elmir Velizadeh admits that at first glance, the decrease in roaming tariffs may seem unattractive to mobile operators, but the increase in traffic, be it voice calls or mobile data services, will ultimately lead to a surplus, as has happened in the EU.

For Azar Garib, a journalist and blogger, who often travels for his work, falling prices will make a huge difference, especially given the increased reliance on technology.

He remembers the days when he used to go abroad on television assignments, and they would only be able to broadcast once they were back home. “Now you don’t even need a TV. At any time, you can stream live from your mobile phone, we can show what we see to a wider audience and comment on it. This is an incredible change for me.”

Roaming services will make this much easier: “The increased opportunities provided by roaming will make our work even easier. It is an instant communication tool for individuals, businesses and creative people. At the same time, it allows us to stay in touch with our friends and relatives.”

He points out that different operators in the same country currently offer different prices to tourists. “The creation of a common regional and international roaming space will definitely be beneficial. I am glad we already have operators in Azerbaijan that introduced this practice.”

Azar Garib said cheap roaming would make a huge difference, not just to professionals but for families wanting to stay in touch: “Twenty years ago, when my son was studying abroad, we had traditional telephone conversations. We’d often be interrupted, the line would drop… Years passed, and when my youngest son went abroad, we were able to communicate through video calls.” Cheap roaming will make such contacts even easier.

“Cheaper roaming and expanding coverage will play an exceptional role for people in the near future,” Azar Garib insists. “Regardless of the distance, closer and affordable communication with relatives is good news for customers like me!”