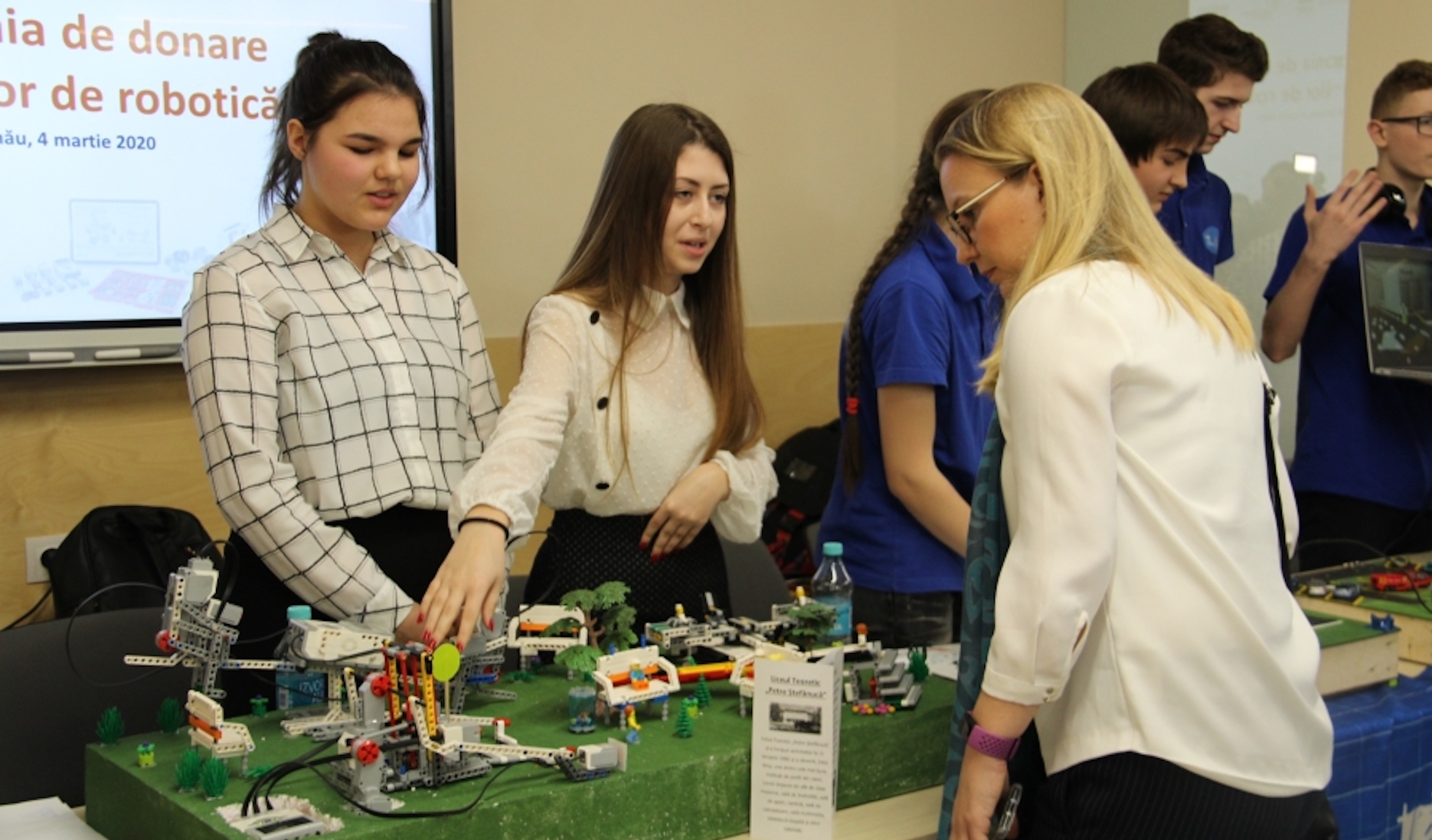 More students across the Republic of Moldova will have an opportunity to develop the skills needed for 21st century careers, after 45 schools, 26 of them in rural areas, received robotics sets from the Ministry of Education, Culture and Research, as part of a project funded by USAID, Sweden and the United Kingdom.

“These training programmes determine us to make adjustments to the school curricula and to offer the children of the Republic of Moldova the possibility to become acquainted with the most advanced learning methods and develop new skills,” said Minister of Education Corneliu Popoviciat the donation ceremony on 4 March.

He added that Moldova had won three gold medals at the international robotics competition in 2019, compared to one bronze the year before. “I am glad that more than 15,000 students and 400 teachers are involved. This denotes the fact that these changes will deliver qualitative, significant effects for the Republic of Moldova,” said Popovici.

In the context of the development of the IT sector, the Swedish ambassador to Chisinau was enthusiastic about the statistics regarding the involvement of girls in the field.

“Robotics is the way of the future, and the thousands of women who come up with inventions in this field serve as inspiration for another generation. I am glad that of all the students who have embraced robotics, 35% are girls,” the ambassador said.

The “RoboClub” robotics study programme was launched in the Republic of Moldova in March 2014 with the financial support of the United States Development Agency (USAID) and the Government of Sweden, in partnership with the Ministry of Education and the National Association of Information and Communication Technology Companies (ATIC).