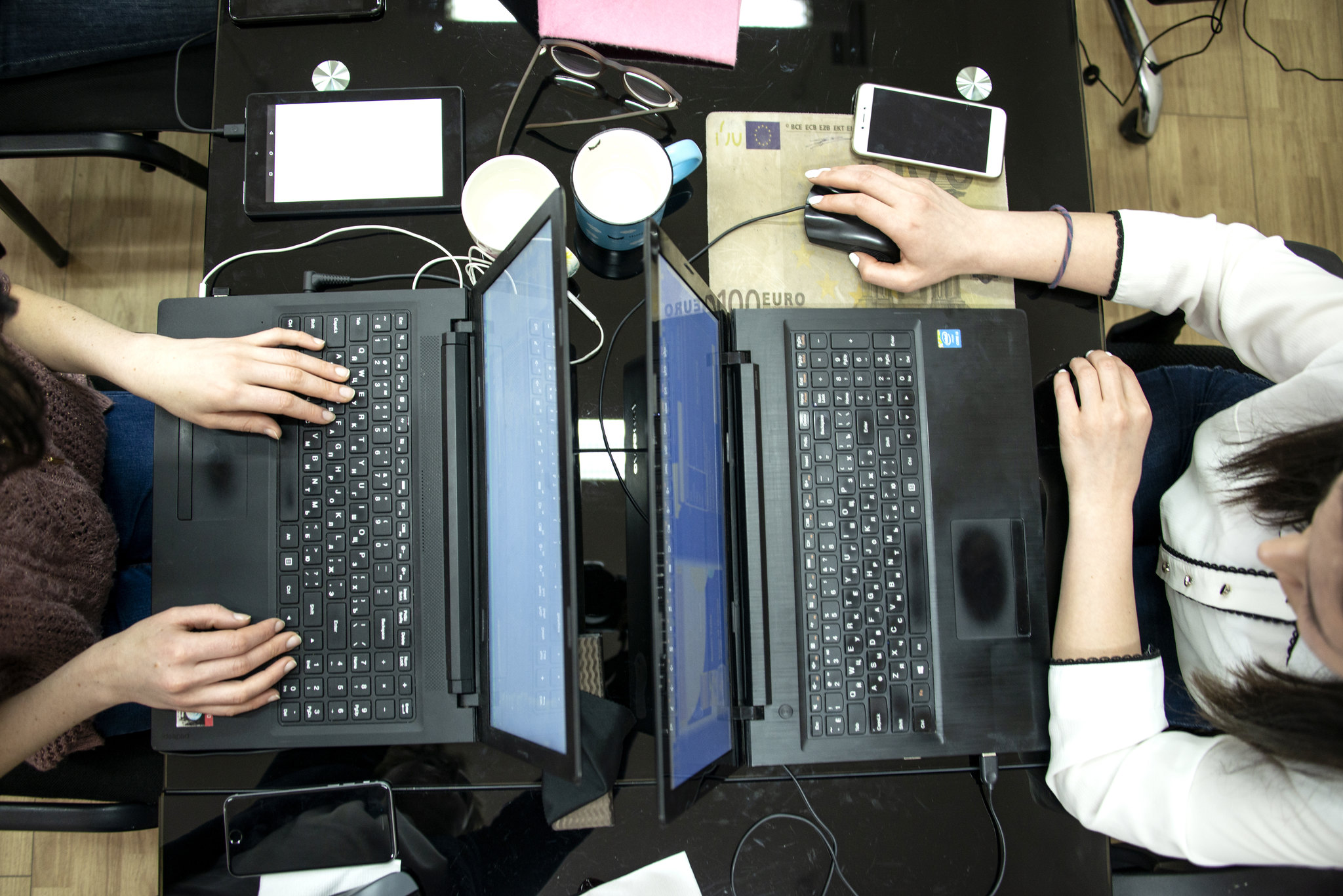 Training young people for a digital future in Armenia’s regions

Sustainable regional development in Armenia depends on overcomingthe gap between the capital Yerevan and the marzes (regions) by providing young people with the skills they need to fuel local economic growth. The Digital Pomegranate, an IT company based in Gyumri, the country’s second largest city, has employed young specialists trained with the help of the European Union.

Armenia’s economic resilience hinges on overcoming the significant gap between the capital and the marzes. One way to do this is to boost high-tech development in the marzes, and support young people with the skills to match the growing demand for specialists in IT. The Digital Pomegranate (DP), a software development platform that provides small and medium business management systems, has got new employees trained to meet the company’s needs through the ‘Boosting Technological Development in Shirak Marz’ project, co-funded by the European Union under its EU4Business initiative.

The company’s co-founder and Executive Director, Gayane Araqelyan, 26, is from Gyumri, a town known for its arts and crafts, in Shirak province in north-western Armenia. Shortly after its establishment in 2013,this Armenian company with investments from the US and Brazil moved to the Gyumri Technology Centre (GTC).“Gyumri is a quiet town with strong traditions of engineering, artistic approach and technical education. This is fertile ground for developing the IT sector, but the lack of specialists was and remains a challenge for companies operating in the regions,” said Gayane.

Local IT vacancies often remain unfilled, as qualified specialists are leaving the regions to follow careers in the capital. “The companies do offer good conditions and salaries, but people simply do not want to stay in the region,”said Gayane. “For us, the project supported by the EU and implemented by the Microsoft Innovation Center Armenia (MICA)was the most successful model compared to other training courses, because it exactly targeted the needs of the business.”

Funded by the European Union and Armenia’s Ministry of Territorial Administration and Development, and implemented by the Microsoft Innovation Center Armenia and Gyumri Information Technologies Center, the ‘Boosting Technological Developments in Shirak marz’ project aims to support the economic development of Shirak marz by building up the skills of the local young unemployed and supporting the business development of the IT community.

Mher Karapetyan, 23 and from Gyumri studied Cartography and Remote Sensing at the Gyumri State Pedagogical Institute, but realised the prospect of working in government institutions did not appeal to him. What fascinated him was computers and technology. So while he was studying, Mher started following his interests and learned Java script.

“I had heard about the trainings, applied and after six months I was already able to choose which company to work with. We were working on practical tasks, doing tests and passing exams,”said Mher. Shortly after he completed the trainings he started working at DP: Mher’s specialisation is mobile programming with the DART programming language, which is not widely used in Armenia.

“The trainings and practical work itself were a bridge between the companies and the participants, who gained basic knowledge, skills and were put in touch with businesses,” said Mher.“Right now, I do not plan to leave the region and Gyumri, but who knows…”Mher believes that for the first steps and up to middle-level career development the region is satisfactory, but if he wants and is able to reach for more, to go for bigger projects and bigger teams, the environment and diversity for now remain limited.

DP was involved in the project for a year from November2017.“Thanks to the project, the young specialists got free training over a period of 6 months, and also worked with mentors, which we consider the most important part. At the end of the training, four of the participants joined our team,” said Gayane. “The mentors were suggested from the company’s senior staff to work on a real project. So the adopted model was the most appropriate and the cooperation was successful.”

Meetings with the company staff and regular visits to the company’s office made the newcomers feel they were only one step away from being employed.

As there were several companies taking part in the EU-supported project, a pool of beginner specialists was built up. As a result, said Gayane, “We had a chance to attract another four trainees, even though they had their mentors and initial cooperation with other IT companies”.

The EU support was not limited to the trainings and mentorship: assistance was also provided for setting up the workplace for new employees who had graduated from the trainings, a particularly valuable contribution as new start-ups do not usually have established work spaces and offices, or the equipment for new staff.

The overall goal was to support the participants in taking their first steps towards the new job in a positive environment, with the mentorship of senior specialists. Misha Avetisyan, 28, joined the training programme after different attempts at finding a career that suited him. Looking for job opportunities was the main motivation for Misha, an economist by education, when he applied to join the trainings. Misha confessed: “Before, I never had any links with IT, and now I am a Node.js backend and web programmer.”

He had heard about the trainings on TV, applied and passed the exams. Even though he was following practical training with another company, they did not have any current vacancies, and so he and another participant ended up working at DP.

Misha feels that EU support to youth in the Shirak region is vitally important. “Thanks to that opportunity I am now employed, I have a job,” said Misha, adding: “For two years after I graduated, I was one of the thousands of people who left Armenia to look for work in Russia. And now I am working here in Gyumri.”

Misha is certain: “If young people had jobs, they wouldn’t need to leave the region or the town. It is always much better to be at home, in the surroundings that you know, as long as you are able to take care of your needs.”Having worked abroad, he is happy to be back in Gyumri: “I can definitely say that it is much easier and more comfortable in your home town with fewer challenges and problems to face, compared with the issues you need to overcome, even just moving even to Yerevan. My home town is the best place to live.”

This story was first published by the EU4Business programme.