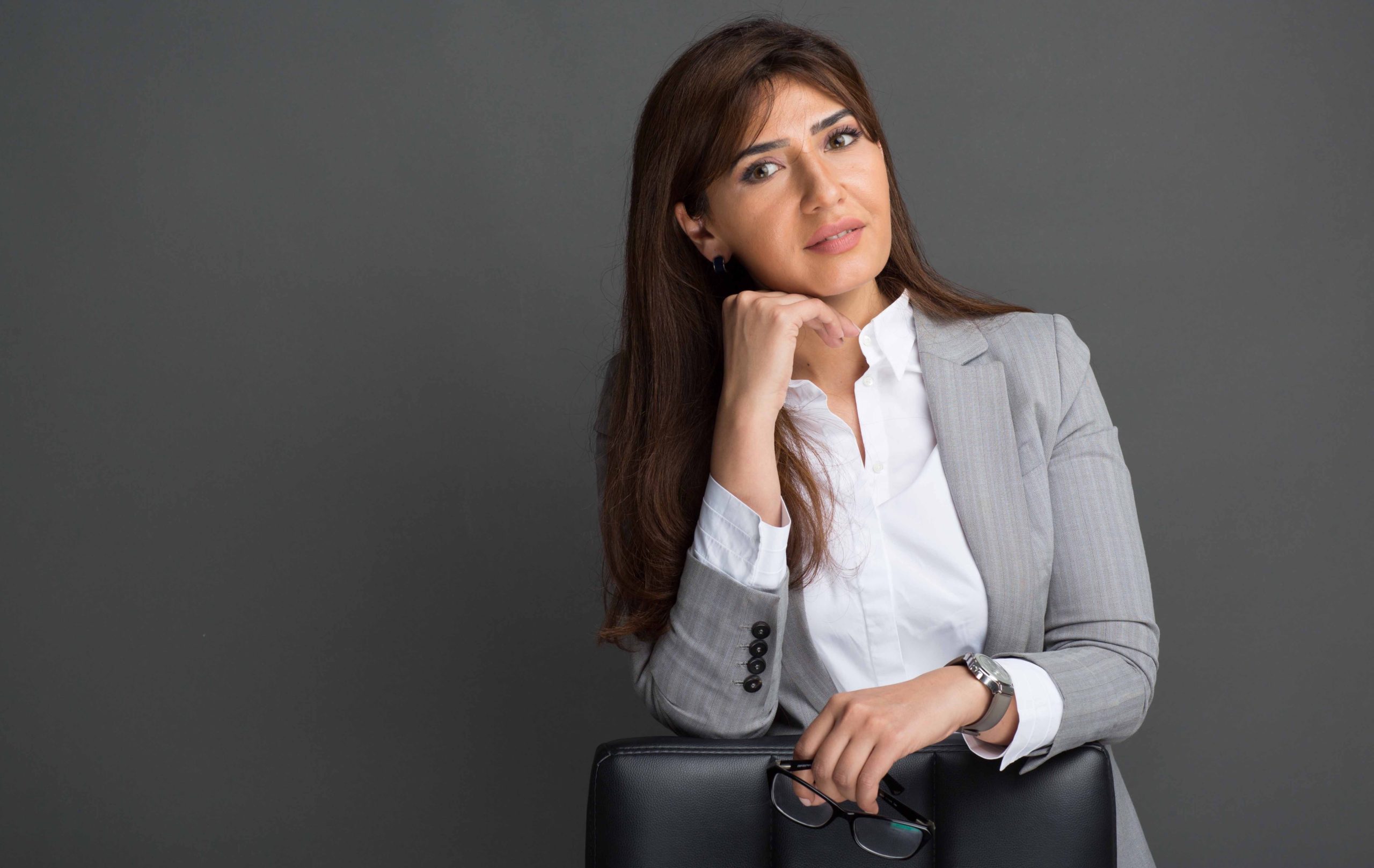 Digital growth: working towards gender equality in IT in Azerbaijan

Social stratification is a natural process, and no country has been able entirely to overcome it. Even if we consider the Internet as a means of accessing information on an equal basis for all, gaps remain in the digital space, whether gender, social or cultural.

The situation in Azerbaijan is as follows: women are actively involved in the development of the information society and the digital economy. They are active users of information technologies (IT), but they rarely act as producers. Men still occupy the highest positions in the tech sector.

IT will play an important role in promoting gender equality and the empowerment of women. Technology allows women and girls to access information and resources that are important for their work and participation in public life. By gaining access to IT, women will have more opportunities to express their views in society, government, and globally. It also gives women real-time freedom of action, which can be of particular value to women in situations of social exclusion.

In the modern age, there are tremendous opportunities for development of the digital economy. Countries all over the world have developed strategies in this direction. But in recent years, gender equality in the digital economy has also been highlighted as an important factor. Special attention is paid to it in Azerbaijan as well, with women playing an important role in IT. Women now account for 29.7% of the 26,500 employees working in the field. The number of women using technologies is on the rise every year. For example, nowadays 47% of employees who use the Internet are women. Women are actively involved in social media. In Azerbaijan, 34% of Facebook users and 36% of Instagram users are women.

The country has special platforms for women. The Girls Code platform is an example of this. This aims to ensure women’s active participation in the IT sector, building successful careers, reducing gender inequality in the IT sector, and further increasing the number of women in this field. Currently, more than 1,000 women are members of this platform, which has held a number of trainings and awareness-raising events.

“As you can see, there is gender inequality in all sectors in the world. It is important to solve this problem. Women’s involvement in ICTcan strengthen and stimulate economic growth. Women are not only a labour force, but they also add new and different skills to jobs and increase productivity. Women can add more creative elements, a more comprehensive approach to this sector,” said Rashad Azizov, Head of the Innovations and Digital Development Department of the Ministry of Transport, Communications and High Technologies.

He noted that in general, the legal framework covering the gender issue is in place both at international and national levels. Azerbaijan has signed up to international conventions guaranteeing gender equality and women’s rights, and equal rights and opportunities for men and women are enshrined in the constitution and in law.

“To develop the ecosystem, the first step is to raise the level of coordination. The ecosystem currently consists of government agencies, higher education institutions, non-governmental organisations, gender resource centres and training centres. It is believed that a platform is needed to strengthen the coordination here. The second step is to hold a Women’s ICT Forum and discuss the current situation, problems and expectations,” Azizov noted.

To this end, the ICT LAB Application and Education Centre in Azerbaijan has implemented a project called “Digital Girls”, a national education programme with the assistance of UNESCO. The goal of the project is to reduce the digital gender divide, develop women’s digital skills and support the personal development of women in the country. As part of the project, 560 students and young girls were trained in digital skills and computer technology, personal development skills and ways to achieve success using these skills. The girls also learned about the possibilities of building a successful career in the ICT field. The trainings were organised at schools in Baku and Khirdalan, as well as in Agdam, Shamakhi, Mingachevir, Zagatala, Gabala, Agdash and Shabran.

Shabnam Mammadova, Head of “SmartNation” project and co-founder of “Femmes Digitales” , which trains and educates women on innovation, believes there is a stereotype in Azerbaijan that technology is not a women’s business, and that women should not be involved in innovation.

“Every woman should believe in herself. Regardless of their jobs, women need to develop the confidence that they can become strong professionals in this field. Regardless of what society thinks or what stereotypes it has, women need to have self-confidence. The field of information technology is changing rapidly. A technology that was relevant yesterday may lose its relevance today. To do this, we need to keep up with rapidly changing trends. The skills should be constantly advanced,” Mammadova noted.

She believes the main thing that leads to success is the presence of a goal. “To achieve success without a goal is unreal. You need to know where you are going. The second key factor is discipline. The goal can have a ‘wow’ effect, but without discipline the desired result will not be achieved. Another important factor leading to success is teamwork. Correct teamwork and communication. Because the idea and goal can be very bright, but if there is no correct communication with people and the team, there is no success in this direction,” Mammadova said.

Mammadova believes that in recent years, information technology has become more accessible even for women living in remote villages. This made it easier for women to access the Internet, social media and various web platforms. Women are increasingly interested in IT, and recent years have seen a positive trend towards an increase in the participation of women in information technology.

“Women’s ability to think creatively and critically is a sign of success. In terms of technology, women have the skills, and their success is quickly seen. I am a co-founder of Femmes Digitales, which brings together top technology executives in the country. During the last six years, hackathons, trainings, workshops took place in Baku and in the regions covering various topics, to generate interest in IT among girls who are on the verge of choosing a profession, gaining knowledge and success in this area, turning ideas into business,” Mammadova said.

EU support for the digital economy and society

The European Union is also supporting this effort through its EU4Digital Initiative. EU4Digital supports the development of the digital economy and society across the Eastern Partnership region – including Azerbaijan – as a key catalyst for economic growth and jobs. Areas of support range from developing high-speed broadband to building cyber security, developing skills, and creating more jobs in the digital industry.

Women are particularly important to the digital industry, says EU4Digital’s ICT Innovation expert Anna Pobol: “The increased participation of women in the ICT domain has the potential to further boost the economy, not just by simply adding women to the work force (through the reduction of barriers to entry), but because women add new skills to the workplace, which results in productivity and growth increase.”

She cited a recent IMF staff study, which found that women and men do not substitute, but rather complement each other in the production process, creating an additional benefit from increasing women’s employment in growth. “In other words, adding more women to the labour force would normally bring bigger economic benefits than the scenario where an equal increase in male workers occurs.”

Pobol said EU4Digital sought to involve women in all of its ongoing activities, specifically targeting the needs of women in networking and training. “Our newly-launched WomenGoTech activity supports women aiming to find their place in a digital economy,” she added. The activity supports women’s tech mentorship programmes, and seeks to empower local beneficiaries to launch such programmes in their own countries, including Azerbaijan.

Last month, the project brought together more than 15 experts from Eastern partner countries for a virtual training that highlighted barriers and challenges for women to participate in the tech sector, as well as existing initiatives to increase female participation in tech-intensive workplaces.

Shabnam Mammadova from the ICT Women’s Club said feedback from women who took part in trainings under the ‘Digital Girls’ project last year showed the experience had played a big role in their lives. Their interest in IT changed their vision. Even if they had not ended up working in IT, they understood the importance of applying technology.

Mammadova agreed that gender equality was not just about stacking up the numbers of women in the workplace: “I know women who have special skills. For example, there are women in data analytics, women working to shape new solutions and digital services. The encouraging trend is that in the last 3-4 years there has been a very positive trend in planning women’s IT careers. I think the number of IT specialists will increase in the near future,” she said.

EU4Digital aims to extend the benefits of the European Union’s Digital Single Market to the Eastern Partner states, channelling EU support to develop the potential of the digital economy and society, in order to bring economic growth, generate more jobs, improve people’s lives and help businesses in Azerbaijan and the other Eastern partner countries – Armenia, Belarus, Georgia, the Republic of Moldova and Ukraine.

Find out more about EU4Digital at https://eufordigital.eu/

The full story was published on apa.az