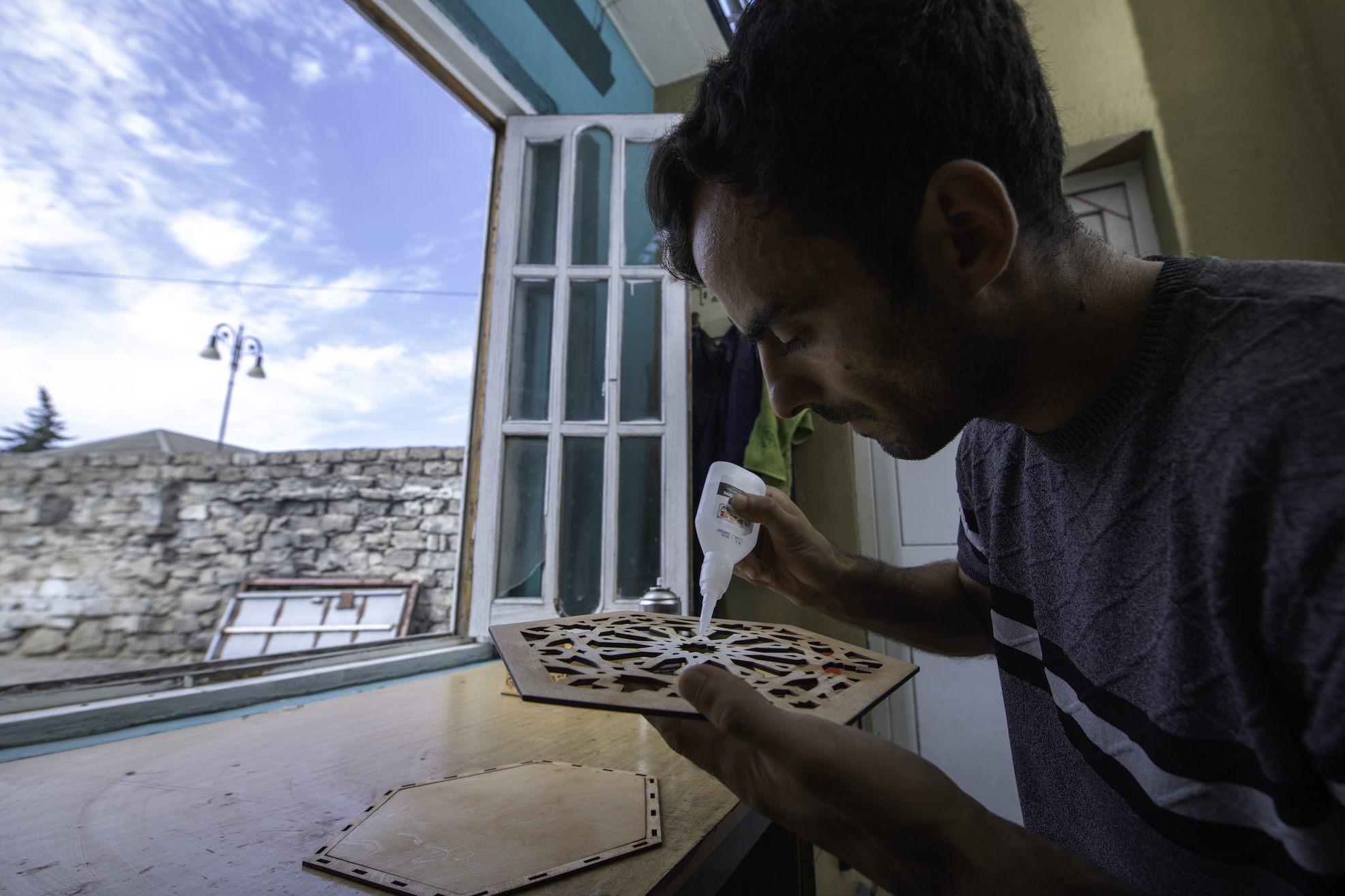 Click for trade: EU4Digital helping Azerbaijan to set up for eCommerce

eCommerce allows both manufacturers and consumers to save time and cut costs, facilitating the cross-border exchange of goods, increasing the range of available products, and ensuring faster delivery thanks to simplified transport procedures.

The European Union has defined eCommerce rules and processes for eCommerce, but its Eastern partner countries need to do more to adapt to electronic commerce if they are to take advantage of opportunities available in the EU.

To this end, a pilot project to test eCommerce solutions was recently launched by the European Union’s EU4Digital initiative between three Eastern partner countries – Armenia, Azerbaijan and Georgia – and Germany to further boost eCommerce between the EU and the Eastern Partnership region.

The pilot aimed to test so-called ‘virtual warehouses’ in each of the participating countries, in which sellers can store key information about their products for the automated and electronic exchange of cross-border data between retailers, marketplaces, delivery operators and customs. The system supports retailers, marketplaces, delivery operators and customs in placing the products for sale abroad and completing seamless cross-border delivery.

The virtual warehouse automatically generates the necessary data for customs, import duties, transport security and product safety documentation in real time, and buyers had the possibility to track the purchased item online.

As  the scope of the pilot includes applying EU standards for product listing in a virtual warehouse, once it is completed, EU4Digital stresses that the solution can be adapted for cross-border eCommerce with other members of the EU and the Eastern partner countries, as well as up to 192 countries within the Universal Postal Union that use the same standards.

Aykhan Gadashov, the manager of the national portal Azexport.az, which was involved in the pilot project as the virtual warehouse for Azerbaijan, explained the procedure:

“The automated submission of data about goods ordered through eBay in Germany to the postal and customs authorities was tested in practice. During the pilot, a wooden handicraft item made by the ISAR Group in Azerbaijan was successfully delivered to Germany.”

Karamali Kheybatov, the marketing Manager of the ISAR Group, whose products were exported to Germany through the virtual warehouse, spoke about how they joined the pilot project through Azexport.az:

Heybatov added that the company had benefited a lot from the project:

“We were contacted by the Azexport.az portal, and decided to join the project. First of all, we chose what products would be sold. Then they helped us to obtain international barcodes for the products, which are often required to sell on the major international eCommerce platforms. We prepared the products and managed to introduce them to foreign markets with the help of Azexport.az and the virtual warehouse.”

Accessing foreign markets through the project was a very positive development, he added: “Now we can export our products to any country around the world. This is an advantage for us. We are interested in participating in similar projects in the future.”

The director of the Regional Innovative Technologies Academy, Tofig Babayev, believes that the main reasons for the slow development of eCommerce in Azerbaijan are the lack of eCommerce platforms and their inconsistency with international standards, as well as the limited use of international payment systems such as PayPal.

“Through the use of innovative eCommerce solutions, the notion of ‘border’ can be significantly reduced by harmonising relevant ecosystems, legislation and standards. For this, the results of the pilot project provided the appropriate recommendations,” Babayev said.

He said the pilot project was an innovative step forward for B2C trade: “With the help of the pilot solution, companies can sell their products in a few clicks on other trading platforms in Germany, such as eBay and Amazon.com, and expand the range of goods for buyers in the EU.”

Thanks to the project, the automated placement of product information in a “virtual warehouse” and the electronic exchange of information accelerated the logistics process and saw the product successfully and quickly delivered to the customer.

“This project will become a new tool for introducing products by small and medium-sized entrepreneurs that operate in various regions of Azerbaijan to European markets,” Babayev added.

To achieve these goals, common eCommerce rules should be applied in cross-border trade between the EU and the Eastern partner countries. Otherwise, different rules create barriers that complicate eCommerce transactions.

Rashad Azizov, the head of the department for innovation and digital development of the Ministry of Transport, Communications and High Technologies, says that new opportunities will be created for the development of eCommerce in the country by the end of this year, which will result in simplified export procedures through eCommerce and eLogistics, reduced border delays, increased security and transparency of operations, reduced administrative costs and losses due to fraud and improved competitiveness of the digital economy.

“Azerbaijan takes an active part in the European Union’s EU4Digital initiative. The aim of this initiative is to expand the EU’s Digital Single Market to the Eastern Partnership countries and develop the economy, create new jobs, develop the potential of the digital economy and society to improve people’s lives and support businesses. Recommendations for the large-scale implementation of the virtual warehouse are currently being prepared,” Azizov said.

The EU is currently introducing new rules for eCommerce (the 2021 eCommerce VAT package). Another aim of the pilot was to prepare eCommerce players in the Eastern partner countries for these new rules and future changes along the line.

“The introduction of the eCommerce VAT package in the EU has already started. The new rules affect trade with EU countries. The implementation of projects such as this one will lead to new cross-border rules in the Eastern Partnership countries, as well as the introduction of eCommerce standards. Thus, cross-border eCommerce between the European Union and the Eastern Partnership countries will increase,” Azizov explained.

EU4Digital eCommerce expert Ruta Salvyte-Tamosiuniene says the aim is to extend the eCommerce opportunities currently available in the EU to the Eastern Partnership countries.

She added that there were serious plans to further develop eCommerce between the EU and EaP, with the EU setting a target for its post-2020 Eastern Partnership priorities to increase cross-border eCommerce with the EU by 50%, including through alignment with eCommerce regulatory frameworks and standards.

The eCommerce pilot was launched by EU4Digital in May-June 2021, when SMEs from the pilot countries placed their goods for sale in Germany and after purchase automatically exchanged product data with delivery operators and customs. Through its EU4Digital initiative, the European Union supports eTrade facilitation and harmonisation among Eastern Partner countries and with the EU, by promoting common frameworks for eCommerce, eCustoms and eLogistics, and working towards Digital Transport Corridors.

Article published in Azerbaijani on oxu.az