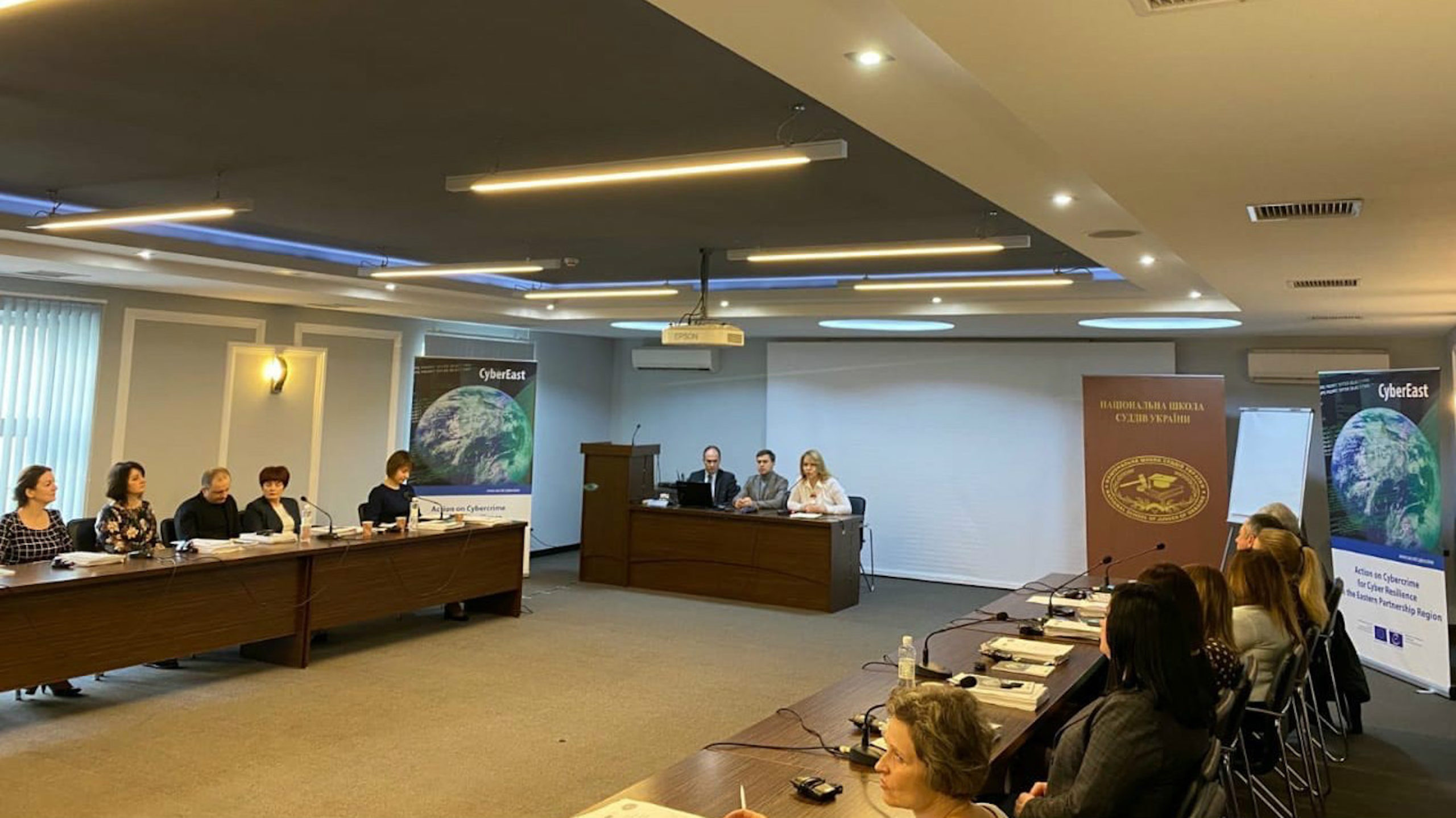 The EU-funded CyberEast project held a four-day judicial training on cybercrime for Ukrainian judges in Lviv, from 21-24 January.

The training was organised by the National School of Judges of Ukraine within the framework and with support of ‘CyberEast: Action on Cybercrime for Cyber Resilience in the Eastern Partnership Region’,a joint project of the European Union and the Council of Europe.

The event took place in Lviv, with around 25 participants from several regions of the country, including Lviv, Donetsk, Zhitomir, Dnipropetrovsk, Zakarpatsky, Khmelnitskiy, Volyn, Ternopil, as well as with representatives of the National School of Judges and two Council of Europe consultants.

The Introductory Judicial Training came as a continuation of the successful Pilot Judicial Training that took place in Kyiv in November 2019 and aimed at developing the introductory skills and knowledge required for judges to fulfil their respective roles and functions in cases of cybercrime, electronic evidence and search, seizure and confiscation of online crime proceeds.

The course was based on the training materials developed by the Council of Europe and included legal, as well as practical information about the subject matters, focusing on how these issues impact the day-to-day work of judges and prosecutors.

The CyberEast project aims at adopting legislative and policy frameworks compliant to the Budapest Convention on Cybercrime and related instruments, reinforcing the capacities of judicial and law enforcement authorities and interagency cooperation, and increasing efficient international cooperation and trust on criminal justice, cybercrime and electronic evidence, including between service providers and law enforcement.