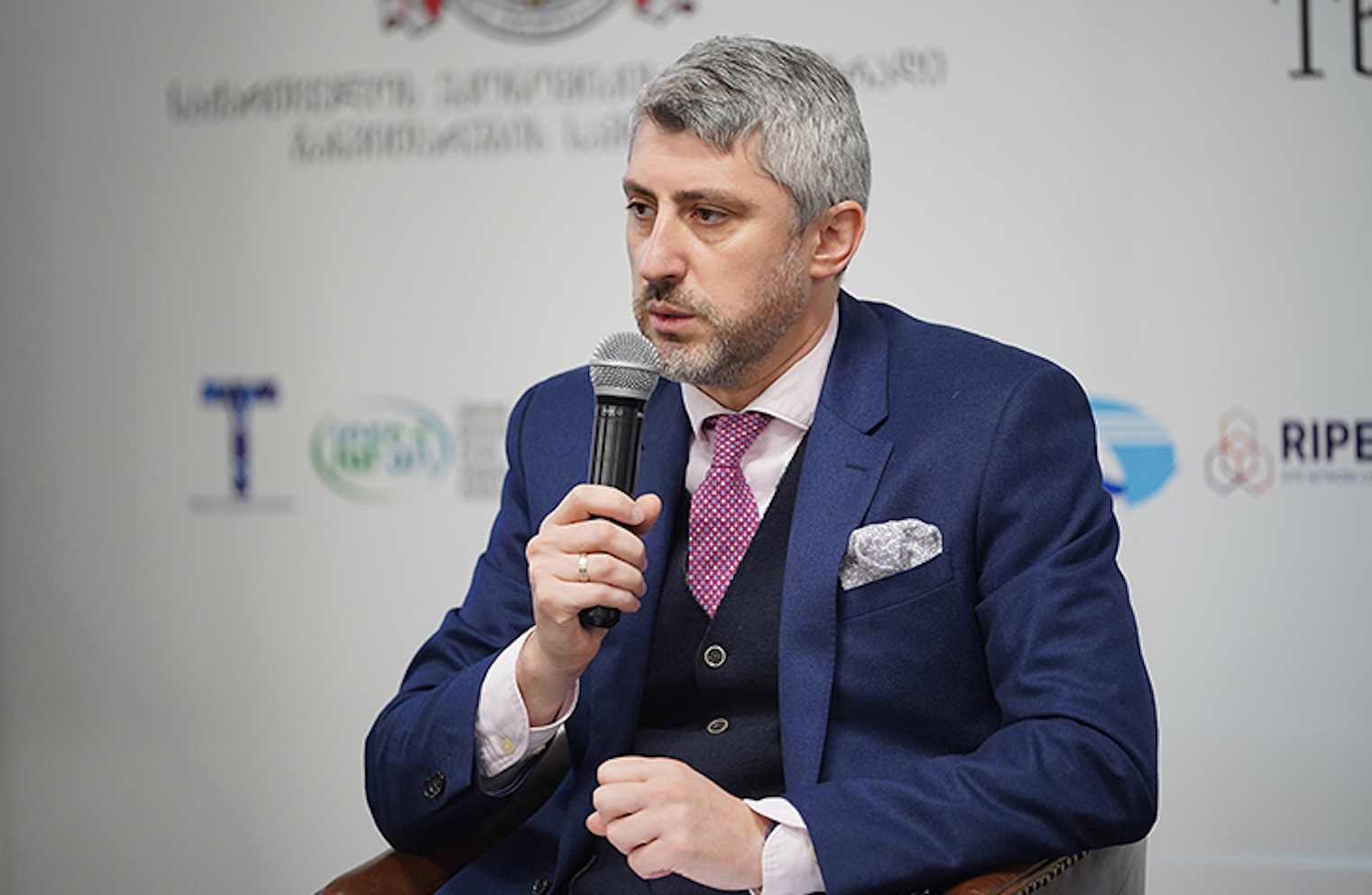 The development of Georgia’s digital economy is one of the government’s top priorities, the Deputy Minister of Economy and Sustainable Development has told the fifth Georgian Internet Governance Forum (GeoIGF), held on 12-13 November, and co-organised by the Ministry.

The Forum – held annually in Georgia since 2015 – brought together government and non-governmental sector representatives, international and local organisations and experts, private companies, academia and the youth.

“One of the priorities of the government is the development of Georgia’s digital economy through information and communication technologies as well as the information society,” Nikoloz Alavidze, Deputy Minister of Economy and Sustainable Development, told the Forum. According to Alavidze, recent and ongoing reforms, programmes and projects in Georgia’s electronic communications and information technology sector have contributed to the development of modern technologies for electronic communication networks and facilities, the introduction of the modern services and increase of the levels of their use, which have had a positive impact on the economic, social and cultural development of the country.

The Deputy Minister said the Ministry of Economy and Sustainable Development, which is responsible for electronic communications and information technologies, is working on broadband internet infrastructure development. Implementation of the Broadband Development Strategy project elaborated with the technical assistance of the European Commission and the World Bank will be launched immediately upon its approval. Relevant activities include establishment of high-speed internet networks, attracting investments, increase of the competition, improvement of the IT skills among the population, etc.

Alavidze also highlighted such projects as community internet access in the mountainous regions, which received much endorsement at the Forum. He also emphasised priority areas as the development of broadband infrastructure, including the introduction of 5G networks, protection of online content, copyright and personal data on the internet, safe use of the Internet for children and young people, freedom of expression on the Internet, and information security and protection.