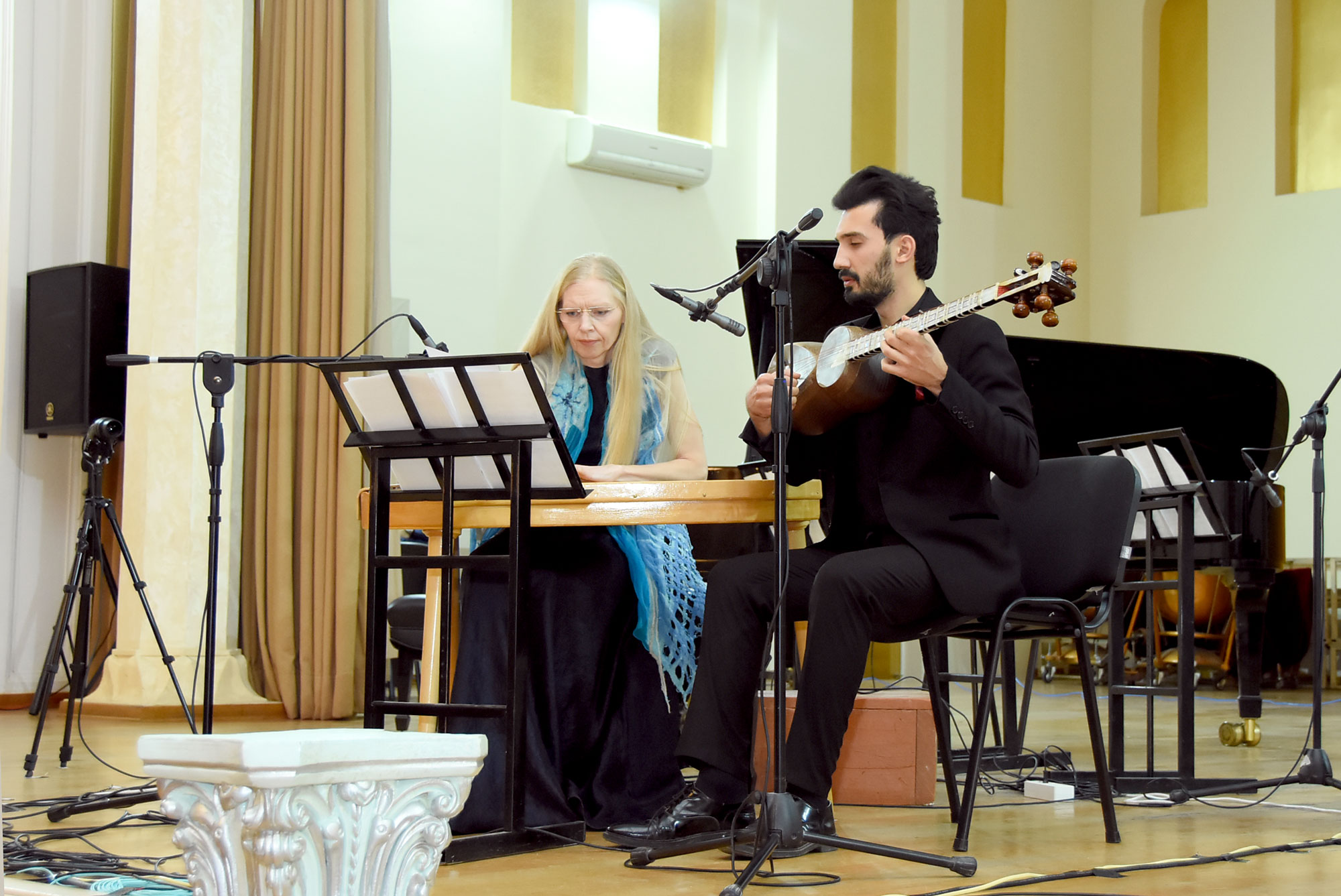 A world premiere of new compositions for traditional instruments was at the heart of ‘Connecting Traditions’, a ‘distributed’ concert that brought together performers located in Baku, Azerbaijan and Tallinn, Estonia on 20 December 2019.

The concert was organised in Baku by the EU-funded EaPConnect (Eastern Partnership Connect) project and its 2018 Enlighten Your Research programme winner, the MIRCO project.

“It is really exciting to see how digital technologies can bridge the gap, bridge collaboration between Azerbaijan and the European Union.” said Veronika Di Luna, EaPConnect project leader

A synergy of digital technology, cultural heritage and creativity

The world premiere of new work for traditional instruments – the ‘tar’ from Azerbaijan and the ‘kannel’ from Estonia – was a highlight of the event. ‘Mystic’ by Azerbaijani composer Ilaha Qismat was commissioned through the MIRCO project, which intends to create a LoLa user community in Eastern Partnership countries and to use the technology to renew the heritage of national instruments. MIRCO project leader Paolo Girol says that by allowing musicians to give online masterclasses about their national instruments and to meet and practice together over the network, MIRCO aims to “meet important EU policies such as digitisation, preservation of heritage and digital mobility”.

Vice President of the Azerbaijan National Academy of Sciences, Academician Rasim Alguliyev noted that the signing of a Memorandum of Understanding between BMA and EAMT had swiftly led to applications for joint projects from countries such as Belarus and Latvia. “Thanks to the European Commission, EaPConnect, GÉANT and Lola, Europe is here in Baku at the BMA today. Technology demonstrates that it is an integral part of world civilisation with its contribution of integrating cultures,” he added.

LoLa technology has been in use in music schools in Europe, North America and elsewhere for teaching, masterclasses, rehearsals and performances since its first public demonstration in 2010. Through EaPConnect, LoLa has also been launched in Armenia and in Belarus, with partners and performers in Georgia, Estonia and Italy.

The EaPConnect project aims to create a regional research and education network in the EU’s Eastern Partner countries namely Armenia, Azerbaijan, Belarus, Georgia, Moldova and Ukraine. The overall objective is to decrease the digital divide, improve intra-regional connectivity and facilitate the participation of local scientists, students and academics in global research and education collaborations.