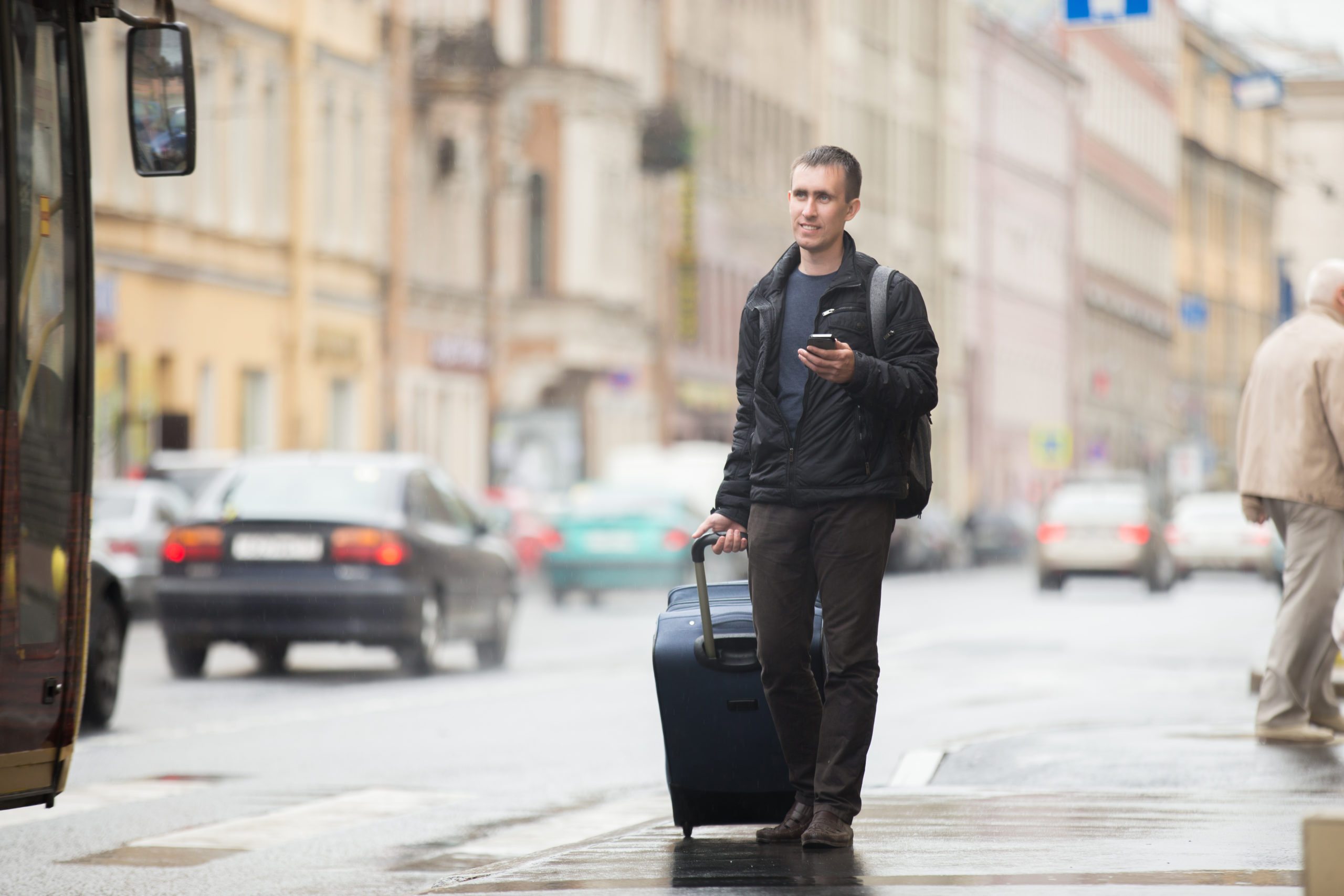 Turn on the Internet: Regional Roaming Agreement will significantly reduce the cost of roaming services for travelling Ukrainians

If you go to any European country today and try to use the usual services of your mobile Internet, especially data-heavy content such as watching Netflix or streaming YouTube videos, you’ll get a nasty surprise when your bill comes through on your return.

Costs vary from country to country, but travellers should always be aware of the conditions and cost of services of local operators, because the painful reality is that Ukrainians still have to pay unreasonably large sums of money for roaming services.

In some countries, the cost of a minute of voice call in roaming can reach hundreds of hryvnias, and just a few kilobytes of downloaded information can cost you dozens of hryvnias. That is why tourists and travellers from Ukraine need to dig deep in order to stay in touch.

However, good news is at hand: in the next few years, roaming services for Ukrainians will be as convenient and cheap as regular mobile services within the country. Thanks to the EU4Digital initiative and an upcoming Regional Roaming Agreement, mobile roaming prices between the Eastern partner countries – Armenia, Azerbaijan, Georgia, the Republic of Moldova and Ukraine – will be reduced by almost 90%.

We explain at what stage the implementation of this Agreement is, where exactly Ukrainians will be able to use cheap roaming, and when the cost of communication services in other countries will no longer differ from domestic mobile tariffs.

What roaming rules apply in the EU and when will Ukraine start using them?

Any mobile user who has been abroad has encountered roaming services in one way or another.

“Roaming” means to wander or travel. When you are close to the border or when you turn on your phone when you land in another country, you immediately receive an SMS with local roaming tariffs and services available to you.

Technically, roaming works in the following way: thanks to one of the communication standards (GSM, CDMA, UMTS or iDEN), the phone connects to local coverage and provides all the services provided by your home operator. The cost of roaming services depends on the terms of your home operator’s cooperation with the local mobile operator.

For example, Ukrainians who use Kyivstar, Vodafone or Lifecell can get communication services in most countries through popular local operators such as T-Mobile, Orange, O2, Telecom, AT&T, Sprint, Verizon, and Vodafone.

It is believed that the first roaming services appeared in the Scandinavian countries in the early 1980s and spread around the world in the early 1990s.

“Roam like at home is a great success,” according to Elisabeth Felber and Ioanna Choudalaki, co-chairs of the International Roaming Working Group of the Body of European Regulators for Electronic Communications (BEREC). “Our regular data collection exercise shows a significant increase in roaming consumption thanks to the abolition of communication barriers. The roaming regulation has further strengthened the European single market. This is not only to the benefit of the consumers, but also good for both society and the economy in every single member state and in the EU as a whole.”

These are the kind of benefits that Ukraine hopes to access soon.

What is a Regional Roaming Agreement?

Recently, the EU4Digital Telecom Rules team and representatives of Eastern partner countries agreed to sign a Regional Roaming Agreement, expected to be signed in the autumn of 2021.

Over the next few years, this Agreement provides for a gradual reduction of roaming tariffs for citizens of the signatory countries (Azerbaijan, Belarus, Armenia, Georgia, Moldova and Ukraine). We are talking about a significant reduction in the cost of services for incoming and outgoing voice calls, sending text messages, as well as using mobile data services.

Once the plan is signed, governments of the Eastern partner countries will have to amend the laws and bylaws necessary for the implementation of the Agreement. It will then come into force in the beginning of the next year.

During 2023-2025, roaming prices for Ukrainians will be gradually reduced according to the plan proposed by the Agreement, and by the end of 2026, roaming charges for consumers should be down by 87%.

“At the end of this period, in 2026, retail prices for roaming services in the Eastern partner countries are expected to be reduced for consumers by 87%,” according to the EU4Digital team. “The total positive impact is estimated at €4.6 million, which indicates the difference between the surplus of consumers and the loss of income of mobile operators.”

“The signing of this Agreement is the first stage of the implementation of Ukraine’s regional initiative to reduce tariffs for international roaming services with the EU, on which we have been working since 2015. The move towards creating a common roaming space with the EU is a step-by-step process, the main task of which is to implement the relevant rules of EU law concerning roaming. The signing of the Agreement is the first step towards reducing tariffs for roaming services with the Eastern Partnership countries, including Ukraine, and the European Union,” explains Yuliya Haryacha, Head of the Expert Group on European and Euro-Atlantic Integration of the Ministry of Digital Transformation.

She explains that the period from the moment of signing the Agreement to the moment of its entry into force will be considered transitional, so that mobile operators can prepare and take the necessary measures to start reducing tariffs for international roaming services.

Oleksandr Zhyvotovskyy, Chairman of the National Commission for the State Regulation of Communications and Informatisation, said the Roaming Expert Working Group (REWG) of the Eastern Partnership Electronic Communications Regulators Network (EaPeReg) would play an important role in the implementation of the Agreement and would be authorised to monitor its implementation by the signatory countries.

“In recent years, Ukraine has also been participating in a bilateral dialogue with the EU on reducing international roaming tariffs; however, the European party considers the creation of a common international roaming space in a multilateral format among the Eastern Partnership countries as a first priority step,” Zhyvotovskyy explains.

Indeed, last October, EU4Digital launched a feasibility study on the possibility of extending the EaP roaming agreement to the EU Member States, once the Regional Roaming Agreement among Eastern partner countries has come into force.

The Agreement will be a game changer for those Ukrainians who often travel abroad, and currently have to work around expensive roaming services.

This situation is familiar to Ukrainian Valeriy Fedoruk, a professional squash player who became the five-time Ukrainian squash champion this year.

When preparing for international tournaments, Fedoruk plans all his Internet-related activities in advance in order to use roaming as little as possible and keep his costs down.

“Because of the cost, I only use roaming when travelling in very special cases, for something very important and urgent,” Fedoruk says, adding the roaming agreement would be good news for frequent travellers like himself.

The EU’s ‘roam like at home’ agreement, which came into force in 2017, is often cited as one of the most tangible benefits to be felt by EU citizens. Within just two years, in the summer of 2019, the use of roaming data in the EU was seventeen times higher than in the last year before the agreement (2016), with increased use easily offsetting operators’ costs.

With such clear benefits to businesses and citizens alike, it’s no surprise that roaming is high on the agenda of EU support the Eastern Partnership region.

“The Regional Roaming Agreement is built upon more than a decade of roaming regulation experience in the European Union. The EU experience has clearly demonstrated its benefits, delivering  better connectivity, increased usage, and lower prices for all,” said Katarina Mathernova, Deputy Director General, DG NEAR, European Commission.

Towards a reduction of tariffs

“Obviously, despite some progress, prices for roaming services among the Eastern partner countries are high and there is considerable room for harmonisation of this process. There was a very similar situation in the European Union before, and its solution has led to a significant reduction in mobile tariffs,” said Andrejs Dombrovskis, EU4Digital’s Telecom Rules stream leader.

“Customers will be first to see the changes: when travelling between partner countries, they will be able to use their mobile phones and stay in touch without looking for any alternatives, which will allow them to benefit from much lower fares,” Dombrovskis said.